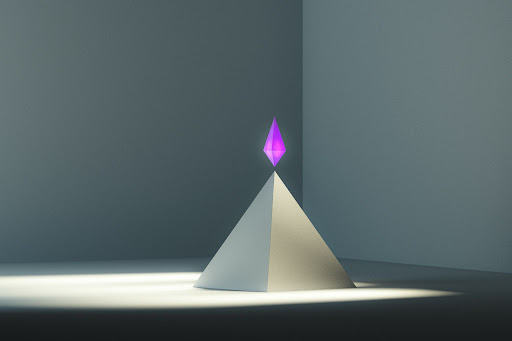 Virtual land is a hot commodity, as evidenced by the exponential growth of Next Earth over the past couple of months. The Next Earth metaverse has grown from zero to over 24 million virtual land tiles sold in just a couple months, and it’s not hard to see why.

Next Earth offers users an experience that merges the real physical world with the cyberspace metaverse. Players can buy whatever unique real estate they want within the platform’s virtual NFT-based world, which is based on a digital replica of Earth. The rise of crypto-collectibles in recent years has paved the way for this explosion in value, but what makes Next Earth unique is its integration of blockchain technology into its ecosystem.

Blockchain makes communal ownership possible by creating an immutable record of each property’s ownership history. Each NFT has a unique identity on the blockchain, which means that every NFT can be traced back to its owner. This is important for two reasons.

It ensures that no one else can claim ownership of an item unless they were given access to it (e.g. a private key). In other words, it creates a record of who actually bought a particular location at any given time. This is critical for communal properties because it allows people to establish “presence” within a shared space.

This also provides players with an incentive to participate in the community, as well as trust that their items remain theirs even if they step away from their computer.

The value proposition here is obvious: Users get an opportunity to own something unique with intrinsic value within a virtual environment, without having to purchase real-world equivalent assets like land or collectibles on eBay or Amazon Marketplace. The only cost associated with owning items on Next Earth is their market price, so people don’t have to worry about purchasing expensive parcels of physical land when all they need is enough for themselves and a friend.

Blockchain provides the framework for a decentralized virtual world, which removes single points of failure and provides a transparent mechanism for managing ownership. In short, it empowers users to own property in a way that is not possible within traditional gaming platforms.

The idea of NFT-based ownership might seem strange at first, but consider this: it’s essentially the same concept as owning pieces of digital real estate on Minecraft or Second Life. The difference is that landowners have complete control over their environments. This includes managing the metaverse’s assets like land, avatars, and items.

Next Earth’s foundation is built on BSC Network, which means that all transactions are stored permanently on a distributed ledger accessible to everyone in the network. Using smart contracts, these transactions are immutable once they’re committed to the ledger; they cannot be reversed unless every party consents to them being undone.

Virtual land ownership in Next Earth makes sense when you consider what inspired its creation — namely, creative communities that are based on freedom of expression. One example is Burning Man, a gathering where people go out into the desert and create art installations out of whatever they want.

People attend Burning Man from all over the world; it’s an experience unlike any other because there are no restrictions on how you express yourself while you’re there (within reason). This creative outlet led many attendees to begin envisioning new ways of creating experiences.