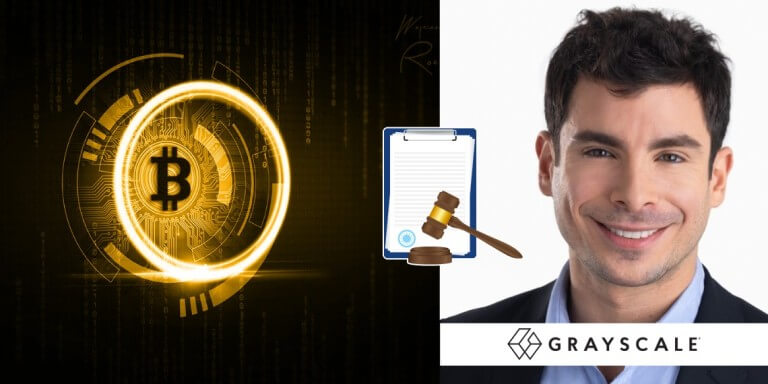 As Grayscale, a company that manages crypto assets, prepares its next brief in its continuing lawsuit against the U.S. Securities and Exchange Commission (SEC), its chief legal officer, Craig Salm, has shared some insights on the case and the reasoning for the company’s actions.

Salm began by stating that the case is progressing quickly, and despite the fact that the timetable is undetermined, oral arguments might take place as early as the second quarter of 2023. The judgment of the court may be rendered by the autumn.

The attorney claims that the case that Grayscale is bringing is about making conclusions on legal concerns. This is a legal dispute about fair and equal treatment under the law, he argues, and despite the previous reluctance of the SEC or the present impressions of the cryptocurrency business in general, it is important to remember that.

Therefore, the FTX, Terra, Three Arrows, Voyager, BlockFi, DCG, and other events and rumors are irrelevant to the main issue that the court will have to decide in this case; which is whether or not the SEC acts arbitrarily and capriciously and discriminate against issuers by refusing to allow GBTC to convert to a spot Bitcoin ETF after approving ETFs that hold bitcoin futures, says Salm, pointing out this is also a derivative of BTC.

Americans want and deserve spot Bitcoin ETFs, as they would further open up access to BTC for those that want to hold it in the form of a security, in their brokerage or retirement account, thru regulated investment vehicles, with SEC reports, audited financials and tax documents.

Salm said that the greatest legal minds are defending GBTC shareholders in the DC Circuit Court of Appeals. These include Don Verrilli, the former Solicitor General under the Obama administration, together with his colleagues at MTO and Davis Polk.

It’s clear that an ETF is the most reliable and long-term option for GBTC to follow the value of its Bitcoin holdings. This is the plan that has always been in place for the company’s crypto investment funds, including GBTC, ETHE (Grayscale Ethereum Trust), and others.

Grayscale is confident it will win the case

In any case, Grayscale continues to be optimistic that the appeals court will provide permission for the conversion of GBTC into a spot ETF since the issue is ensuring that everyone is treated fairly and equally under the law.

Salm reports that the asset management is optimistic the Court will decide in its favor, but that in the event of a negative decision, they are dedicated to looking into other alternatives for returning funds to GBTC owners.

One of these other alternatives may include making a tender offer for some of the shares held by GBTC, although this would be contingent on obtaining specific remedies and permissions from the SEC.

According to Salm, taking a different route would mean deviating from the long-held ETF objectives of GBTC and would not result in an optimal end since it would basically indicate that authorities have closed the door on efficient access to Bitcoin via US-regulated investment vehicles.

Nonetheless, we’re holding firm in our belief that a spot Bitcoin ETF is a matter of when, not if.