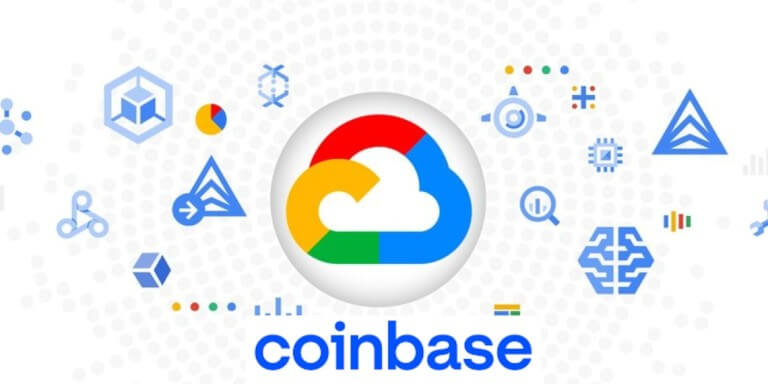 Google Cloud announced on Tuesday that it will partner with Coinbase to allow select customers to pay for cloud services with cryptocurrencies beginning in early 2023. Coinbase stated it would utilize the cloud infrastructure of Google. Upon hearing this news, Coinbase stock soared to levels not seen in months during pre-market trading.

On October 11, CNBC reported that the internet giant also intends to explore the use of Coinbase Prime, a tool for storing and trading crypto. In exchange, Coinbase said it would relocate a number of its data-related applications, which were previously kept on Amazon Web Services, to Google Cloud.

Coinbase has taken a significant hit in recent months due to the crypto winter. However, its recent partnership with Google spreads positive news throughout the entire cryptocurrency world.

This one-of-a-kind offer may successfully entice innovative enterprises to Google in a competitive, rapidly expanding market where Google’s leading competitors do not yet accept digital currencies as payment.

The cloud business helps Alphabet diversify away from advertising, and it currently accounts for 9% of sales, up from less than 6% three years ago, as it expands faster than Alphabet overall.

As with its other customers, Coinbase would receive a cut of Google-related transactions, but it is unknown how much income this could generate.

Amit Zavery, vice president of Google Cloud, told CNBC that the company had investigated partnerships with numerous firms before settling on Coinbase. Coinbase’s vice president of business development, Jim Migdal, stated that the two businesses have been communicating for months.

Web3 represents decentralized and distributed online services that cannot be controlled by major internet companies such as Facebook or Google.

This development follows the announcement of a new Web3 relationship between Google Cloud Services and Near Protocol on October 4. According to the statement from the Near Foundation, Google Cloud will provide “technical support” to Near grantees.

In September, BNB Chain also announced a partnership with Google Cloud to make its cloud services available to ecosystem developers.

Since publishing a blog post on January 27 announcing the formation of an internal team dedicated to digital assets, Google Cloud has been aggressively expanding its footprint in the Web3 sector.

CNBC reports that Coinbase is transferring certain “data-related apps” from Amazon Web Services to Google Cloud as part of the arrangement. BigQuery’s crypto public datasets will also be powered by Coinbase Node, a platform that developers can use to obtain access to blockchains and construct decentralized applications.

This corresponds with Google’s stated objective of offering a back end for Web3 developers, for which CNBC reports the company has organized a team this year. Thomas Kurian, CEO of Google Cloud, issued the following statement:

We want to make building in Web3 faster and easier, and this partnership with Coinbase helps developers get one step closer to that goal […] We’re proud Coinbase has chosen Google Cloud as its strategic cloud partner, and we’re ready to serve the thriving global Web3 customer and partner ecosystem.

Stablecoins have decoupled from their dollar peg, and major cryptocurrencies are on a downward trend this year, causing crypto to take a significant hit. Nevertheless, today’s deal brightens the crypto community.

While Google has been receptive to the rise of cryptocurrencies for some time, the company has signaled its intention to expand its blockchain offerings by forming a dedicated unit this year.

In a February earnings call, Sundar Pichai, CEO of parent company Alphabet, stated that the company was “definitely looking at blockchain,”, particularly in terms of powering the computing and services layers for YouTube and Google Maps.

In addition to Goldman Sachs and SBI Holdings, Alphabet has been among the most active corporate investors in blockchain companies since 2017.

However, this transaction appears to focus more on crypto than its underlying technologies. And thus far, the markets appear more receptive to how this could help Coinbase than Google.

The shares of the exchange, which are down 73% year to date, climbed 5% in pre-market trade following the deal’s announcement. The tech-heavy NASDAQ 100 declined 0.25 percent alongside Alphabet.

The cloud division of Google has increased its focus on blockchain technology, such as NFTs. Thomas Kurian, the head of Google’s cloud division, has previously advocated for expansion in major industries, including media and retail. This year, the company announced the formation of teams to promote blockchain business and create tools that third-party developers can use to execute blockchain apps.

Block (previously Square), Coinbase, MicroStrategy, and Tesla are among the organizations that have integrated digital currencies into their financial statements. This might be a risky undertaking. In August, Coinbase disclosed a $377 million impairment charge due to the drop in the value of its cryptocurrency holdings.