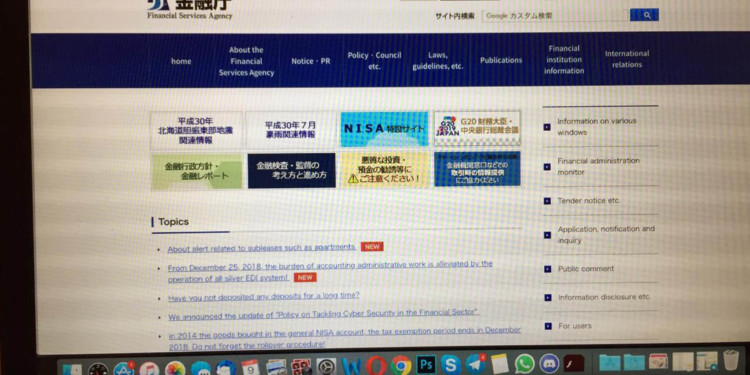 The Financial Services Agency (FSA) of Japan has put an end to the rumors of exchange-traded funds (ETF) being under consideration of approval circulating on the media. The move has provided certainty to the investors seeking refuge in the hope of an upcoming market in Japan after a year and a half long bearish trend in the market.

Cryptopolitan also reported on the fact that circulating media reports are informing of an approval process under consideration that was expected to take form in a bill that is due to release.

Media outlet Coin Telegraph Japan has however reached out to the regulatory authority in an attempt to provide clarity to the vast group of investors across Japan. Cryptopolitan has also been following the issue closely while reporting on the same.

FSA has however requested a change in the name of “virtual currency” for official use to end the confusion that the crypto currency business in the country is a government approved investment opportunity.

The agency is also seeking to put away loopholes in the existing legislative system to provide clarity and certainty to the investor working with cryptocurrencies and digital assets in the country.