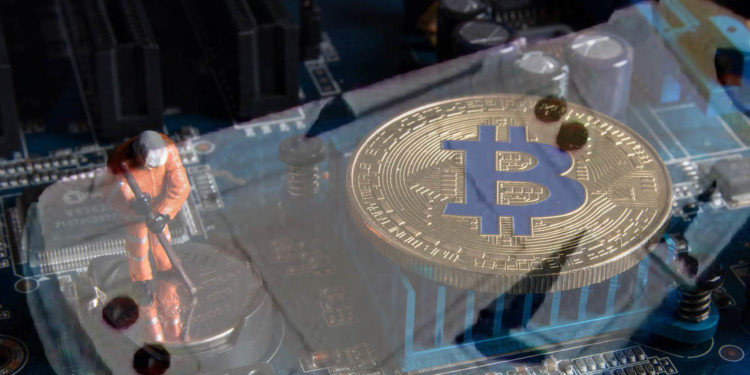 On the 9th July 2019, a tech media outlet, IT Pro from Britain, put out the news that the fifty-two (52) year old Apollo Guidance Computer (AGC) has been used to mine Bitcoins and was run by an American computer scientist.

The American scientist hailed for his work, Ken Shirriff, is a specialist in reverse engineering and he devised a code to enable him to mine Bitcoin (BTC) on the ancient tech relic that is so rare a find, that hardly any other might exist in a working condition. This is the only one.

The AGC mines at a rate of ten (10.3) seconds per hash. The Antminer S9, by the Chinese crypto mining gear giant, Bitmain mines at a whopping thirteen (13) terrahash or thirteen (13) trillion hashes per second (TH/s).

To put things into some perspective; to mine a single block, the Apollo machine would require the time equivalent a billion times the age of the universe.

Ken Shirriff did not even spare the old IBM 1401 and tried to use it to mine bitcoins too as he explains on his website.

The coin hash rate has risen, according to Cointelegraph’s report on 7th of July 2019, to 65.19TH/s and rose further from 74 TH/s after it broke the record on the same day.

Hash rate is a valuable measuring unit for miners as it defines the probability itself of finding the next block for miners and the miners receiving their pay.

Hence, the higher the Hash rate, the better the chances of mining getting a grip on a big ol’ block.