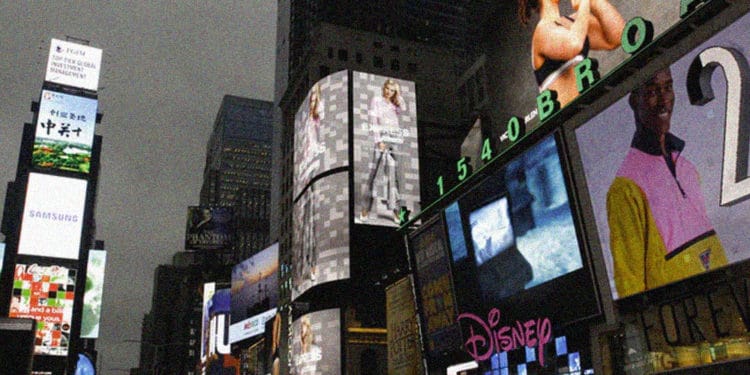 In the latest, the FoodPanda blockchain advertising algorithm will keep an eye on the eyeballs per billboard, media reports reveal. Foodpanda, the global food delivery service, has recently launched an ad campaign along with the Moving Walls, an ad-tech firm.

Moreover, Foodpanda is claiming this to be the first-ever blockchain-enabled digital out-of-home (OOH) billboard campaign, while, Foodpanda is employing blockchain technology to tackle advertisements fraud.

The whole campaign comprises about 2750 displays that are to be operated by three different media outlets in Singapore. Target Media, Focus Media, and Move Media would be putting screens in lobbies and lifts, office lobby, and in-taxi entertainment screens, respectively.

Aqilliz, the blockchain solution provider, would be utilizing the technology in order to verify the Moving Walls’ performance and the digital out-of-home (OOH) campaign of Foodpanda in real-time, thereby, assisting in making decisions related to ad placement.

The advertisers behind the FoodPanda blockchain advertising have a long history of dealing with online frauds, thereby making out-of-home campaigns more attractive. The founder and CEO of Moving Walls Srikanth Ramchandran himself highlighted the issue of digital out-of-home lacking independent means of verifications whether an ad has been delivered or not. He furthers that there have been fundamental concerns of fragmentation and the absence of transparency that needs attention.

Chief Executive Gothaman Ragothman at Aqilliz elucidated that brands buying the OHH campaigns are then provided two distinct performance reports. One from DOOH screen aggregator providing details about the slots aired on screens and the other one from the partner designated for verification, verifying the ads that were delivered. Blockchain voting has recently been under consideration in new states in the United States while such campaigns are a massive hit for mass adaption.

Moreover, he expresses that by employing blockchain technology, advertisers could verify independently whether the OOH ads were delivered accurately and how many times were they played and at what time.