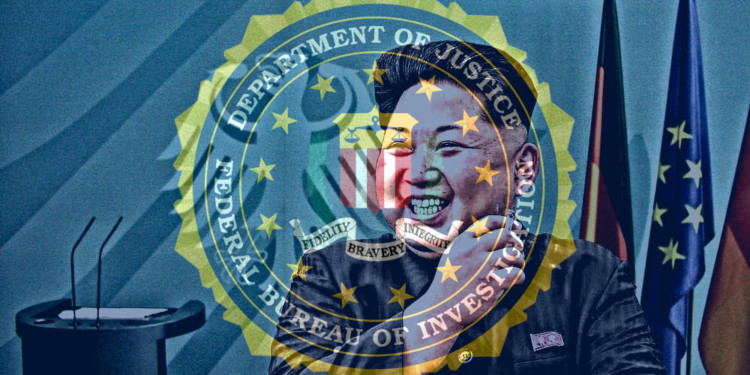 According to Korean state media, a high ranking FBI official quoted that USA’s sanctions have motivated the state of North Korea to attempt cyber-attacks including cryptocurrency.

He further clarified that the financial straining has compelled the state actors of North Korean to commit cyber-crimes.

These large-scale attacks included global attacks like WannaCry from 2017, to besieged transfers against exchanges in South Korea and adjoining countries.

Tonya Ugoretz the deputy Assistant director of the cyber divisions FBI stated that sanctions are casting and economic impact on the state hence cyber operations are an easier way of making money either through crypto mining or bank embezzlement.

The director of Cyber Threat Intelligence Integration Centre Erin Joe stated that the FBI was concentrating on pre-empt crypto-related attacks.

According to Korean media, FBI and other bodies were finding ways to halt malevolent action about cryptocurrency.

The discussion about the true degree to which cryptocurrency acts as a weapon to evade political and economic deterrence lingers to stir controversy.

Other sources assert that states like Venezuela and Russia which too are under hefty U.S. sanctions are involved in pulling the technology to keep an open flow of wealth even in the lack of old-style financial support.

On the other hand, Iran is currently building a blockchain using the IBM Hyperledger fabric to build the national cryptocurrency to fight against the U.S sanctions. It is however, also predicted that the blockchain may be used within the country.