The fall and rise of Fantom, thank you, Andre Cronje 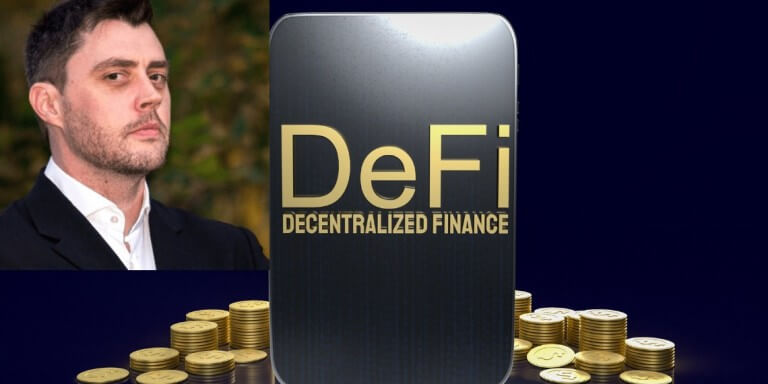 Human capital has long been seen as the most valuable asset that an individual can possess. The Fantom foundation is real proof that a person can have an advantage over an entire network. Andre Cronje, a renowned crypto developer and founder of various projects, abruptly returned to Twitter after a one-and-a-half-year absence.

Due to a new image and domain name nickname, the DeFi architect returned with accompanying buzz, driving up the price of one of his most significant designs, Fantom (FTM). Fantom responded positively to speculations that Andre Cronje, a pioneer in the DeFi ecosystem, is returning to the industry.

Who is this man, Andre Cronje?

Who exactly is Andre Cronje? How does he contribute to the DeFi industry? Why is his contribution so significant? Andre Cronje, unlike Satoshi Nakamoto, has existed openly in the cryptosphere. Andre Cronje is undoubtedly the most infamous and prolific developer in decentralized finance (DeFi).

As the creator of various prominent DeFi protocols, Cronje has contributed to the development of DeFi and Web3. Cronje is notable for creating the Yearn Finance system. Cronje has also played a crucial role in creating the Fantom DeFi ecosystem.

Since March 2019, Andre Cronje has served as the technical advisor for energy provider Kosmos. In addition, he is recognized for having worked on initiatives such as Lemniscap, FUSION Foundation, and Crypto Briefing. Cronje rose dramatically to prominence after developing the Yearn Finance yield aggregator and the native YFI coin.

However, public opinion from a “toxic” DeFi culture distanced Cronje from the blockchain field. The developer then declared his intention to leave DeFi permanently. This caused the prices of numerous Cronje-related tokens to drop considerably.

In March 2022, Cronje announced his “permanent” departure from DeFi. Anton Nell, a coworker at the FTM Foundation, stated that this was not a “knee-jerk reaction” like prior departures. According to reports, Cronje has been planning this move for a considerable amount of time.

The crypto community was rocked by the declaration made by the “father of DeFi.” Shortly after the announcement, several tokens affiliated with Cronje and the Fantom ecosystem underwent a systematic sell-off, with many tokens plummeting by 15 to 20%. Nell also indicated that 25 applications would cease operations on April 3, 2022. However, existing team members will assume responsibility for these services in the future.

Andre Cronje has served as a technical advisor for Fantom and as the chairman of the technology council for the Fantom Foundation. As one of the most well-known DeFi founders and pioneers, Cronje has significantly influenced numerous Fantom ecosystem technical advances.

The dissident DeFi developer’s recent activities have now sparked rumors that he has returned. His Medium account published a comprehensive piece outlining the present condition of the cryptocurrency markets last week. However, due to Cronje’s lengthy inactivity and the article’s premise advocating for stronger crypto regulation, its veracity was questioned by several.

Given his absence from all projects since March of this year, Cronje’s reappearance, especially in relation to the Fantom narrative, came as a complete surprise. Fantom’s market capitalization decreased by $3.62 billion when their senior developer, Andre, was absent. FTM is selling for less than 0.29 cents per token at present.

In recent months, despite the absence of its key architect, FTM has adhered to its tokenomics, with a portion of its supply being destroyed, staking prizes being reduced, and Gitcoin grants being distributed to contributors.

Cronje updated his LinkedIn profile at the beginning of November to reflect his new position as vice president of memes at the Fantom Foundation. On his verified Twitter account, the vice president shared a meme implying that he has indeed returned, in keeping with his position.

A summary by another Twitter user of Cronje’s previous actions seemed to imply the same thing.

According to FTMScan data, nearly 3.6 million new addresses have been produced on the Fantom network in the past week. DeFi projects on Fantom have been the most successful in recent months and have been the key factor in the project’s growth.

Transactions on Fantom do not appear to be gaining traction as quickly as new addresses, suggesting that users are creating new addresses on Fantom without using the blockchain.

Andre’s return to Fantom has caused ripples in the DeFi and Web3 environment. Profiting from the price increase, investors took FTM tokens worth more than $2 million from the main crypto market. In reality, it indicated that 74,587 dealers were liquidated on the bitcoin market as a whole.

During the same period, FTM liquidations accounted for 2% of the market’s total liquidations. It is evident that Andre Cronje is a major player in the crypto sector. Only time will tell how far Fantom will rise upon its creator’s return.