On Thursday morning, a verified Twitter account pretending to be that of Elon Musk successfully published and promoted a tweet for a crypto giveaway thereby eliciting protests from users as well as making users to take a second look at twitter’s anti-scam policies.

The tweet which has since been erased emanated from the account @TylerFlorence, which is still reachable as of the time of making this report available to the press. A link which is posted to the tweet leads to a giveaway site, asking users to “send from 0.2 to 5 BTC to the address below and get from 1 to 100 ВTC back!” 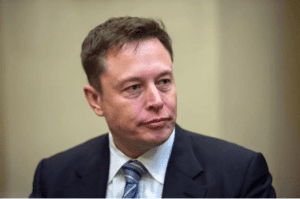 What makes the incident noteworthy is the fact that the tweet came from an account that is verified on twitter and also got across to several users by means of a promoted tweet. Tweets that are promoted usually have a wider reach and they are paid for by advertisers to enable them to get in touch with a vast audience than is possible with their network of followers which already exists. The fake user was able to take advantage of the search trends around the CEO of Tesla, who has been enmeshed in controversy to gain more awareness.

Over the time, Twitter has been criticized for allowing giveaway scams to be promoted on its platform. It is on record that other users have the identity of Elon Musk has been by potential scammers in the past to trick other users into believing that he was giving away cryptocurrency.

In August, a group of researchers unearthed and published proof of a massive botnet energizing crypto scams on Twitter, which were using the fake account and making them look as though there was the real interaction between real people and the organizers of the giveaways.

Elon Musk posted about the incident last month, a pointer that he was aware of the development. He asked for help from members of the crypto-community, including Jackson Palmer, the creator of Dogecoin, while trying to block the scam solicitations from his feed.