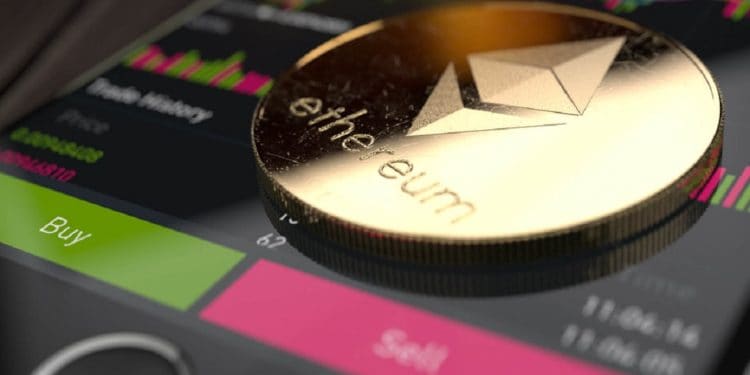 The Ethereum price could be correcting after an impressive ride to near $500, but the coin’s fundamentals are firm.

From the Ethereum price chart, bears are in the driving seat. However, the newsreel of the last few days is supportive, at least in the medium term.

Chiefly, the announcement of Eth2 is a game-changer and advises traders strategizing to hold through Q4 2020. Ethereum developers are known for their delay.

Development from Homestead to Constantinople was marked with postponements as the team leaned on caution. This was necessary considering the path to the second version of Ethereum would rely on the base layer for security and smooth functionality.

After discussions, it is emerging that Eth2 will come sooner than expected. Rumors place the activation in November. Before then, there will be Spadina and Medalla’s Rocket Pool 2.0 beta launch. These two are like safety nets.

They are in place for quality assurance and confirmation that bugs, especially after Medalla blips, are fixed and won’t be ported to the Beacon Chain mainnet in Phase 0.

Phase 0 must be hitch-free as it is the foundation whose success will trigger Phase 1 and later Phase 2 where Ethereum will rely on Validators, not miners for network security.

As the network transits, the rise of Robo-advisors like ETH and wETH vaults as part of DeFi could potentially present a challenge to staking.

Presently, these vaults offer high yields, exceeding Ethereum staking APRs. For compensation, it means either ETH prices must be higher to draw validators.

Alternatively, there could be a means where the representation of staked coins—worth thousands of dollars, can be sunk into DeFi projects.

By unlocking value, staking would be preferred over DeFi protocols in a circle that would benefit the network as well as the burgeoning DeFi ecosystem.

In the meantime, nine bugs were found after fuzzing effort ahead of the Berlin hard fork. The upgrade will introduce BLS (Boneh–Lynn–Shacham) signatures enabling aggregation, a requirement for deposit contract for ETH2.

The Ethereum price is still under pressure after the deep losses of Sep 21. Although prices remain under consolidation, the gradient is negative, signaling weakness and the possibility of further losses in the immediate term.

In the daily chart, the Ethereum price bounced off Sep 5 highs. From an Effort-versus-Result analysis, bears are in charge. It is because bulls couldn’t break above the sell wall at $360 to unshackle themselves from the bear grip set in motion after the double bar reversal pattern of Sep 1 and 2.

As long as ETH prices trend below the middle BB and $360, immediate support stands at the 61.8 percent Fibonacci retracement level at $320. Any break below this mark could see ETH prices sink to $250, in a retest.

Meanwhile, 89 percent of traders are net-long, 11 percent are net short.