Cryptocurrency researcher, Ryan Watkins sighted the comparisons between the Ethereum network and Bitcoin in transfer value. In his publication which included a chart, he explained two possible outcomes. 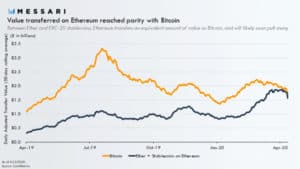 First, the chart shows that bitcoin recorded almost $3.5 billion daily as transfer values peaked in mid-2019. Secondly, during this period, the Ethereum network recorded about $1 Billion.

Gradually, bitcoin’s transfer value reduced remarkably with the Ethereum network improving. This pattern continued until both Bitcoin and Ethereum transfer values came into parity. ERC-20 stablecoins have been given credit for this massive growth as their daily Ethereum value transferred has risen up to 80%.

Ryan Watkins speaking on stablecoin’s role in the increase said, “Stablecoins are used on average for far bigger transactions than Bitcoin. These are obviously best suited to the commodity market for the value transfer between markets, one of the dominant uses of today.”

In conclusion, the Ethereum network is the leading asset for stablecoin and it’s likely to keep increasing due to the activity of transactions globally.

The cryptocurrency market has been unstable over the past three months this year. Bitcoin which is one of the most sought after assets started the year at nearly $7150 before increasing to about $10000 back in February.

The recent coronavirus pandemic soon brought about more instability in the cryptocurrency market. In the early periods of March 2020, the darkest hours of the crypto market were witnessed as several assets declined to about 50% at some point. Bitcoin even dropped below $4000.

However, this instability worked in favor of Stablecoins as huge market capitals were recorded in the first quarter of 2020. In periods of fluctuations, stablecoins remained stable, attracting traders globally.

Tether (USDT) which is the most used Stablecoin asset continues to introduce new coins to cope with the constant demand of stablecoins. With more than 6.3Billion Tether in circulation, It lies just in fourth place behind Ethereum, Bitcoin, and Ripple in the blockchain Industry. 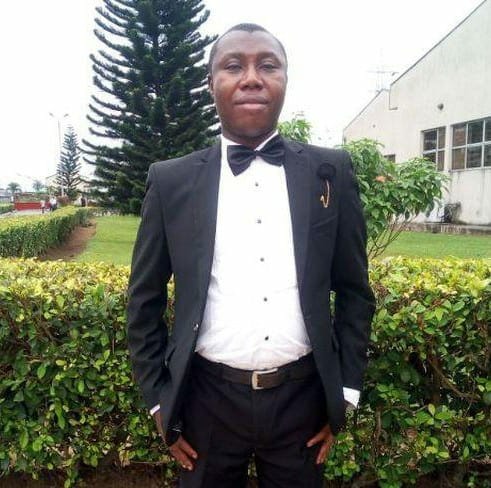