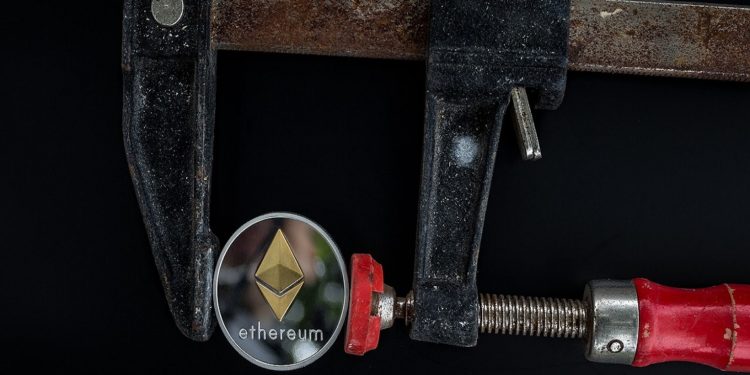 The recent statement of Vitalik Buterin on Twitter shows that the ETH 2.0 launch date will be delayed further. He replied that maybe the question contained the word July. According to Buterin, he missed the word of July in a statement given to the press. 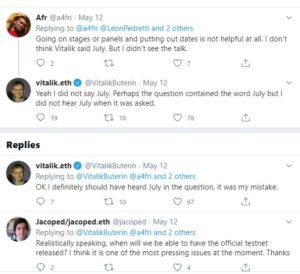 Afri Schoedon, ETH 2.0 testnet coordinator. first tried to clarify that testnet had not been launched, so there is no way Ethereum 2.0 can be launched in July. He finalized his tweet saying that he does NOT think that Buterin said that the ETH 2.0 launch date launching will be in July. Schoedon, however, mentioned that ETH 2.0 Phase 0 could launch as late as 2021. 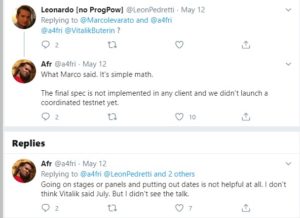 Vitalik also retweeted and saying that he did not at all say that the launching will be July simply because he did not have an idea that the question posed had the word July in it. After listening keenly to the question during the interview he realized that the word July was in the question. He said that he made a mistake and has sent his sincere apology through email.

Currently, the network operates through Proof-of-Work (PoW) algorithm, meaning that miners compete to add blocks to the ETH blockchain. At this point, it is a testnet, meant to tackle all challenging aspects of the transfer.

The main objective of the Ethereum 2.0 is to improve scaling and security features that ETH offers. PoS (Proof of Stake) seeks to eliminate mining competition by implementing an algorithm for block awards. The current POW chain will run in parallel to the new POS shard chains. New Ether issuance will take place on the shard chains, and it will be possible to transfer ETH from the POW chain to a shard chain.

However, Ethereum 2.0 is a bit more than just a movement towards PoS but includes Sharding (cutting down a large database into smaller, more manageable pieces), eWASM (faster code execution), and Plasma & Raiden (off-chain solutions that handle huge amounts of transactions).

Ethereum’s dev community makes decisions on how Ethereum 2.0 might look like in the future. They help contribute improvements like the Casper Protocol. An eagerly awaited update to the Ethereum network, Casper will see the platform’s consensus method gradually switch from proof of work (PoW) to proof of stake (PoS).