Elon Musk pulls the plug on the $44B Twitter deal, prompting lawsuits 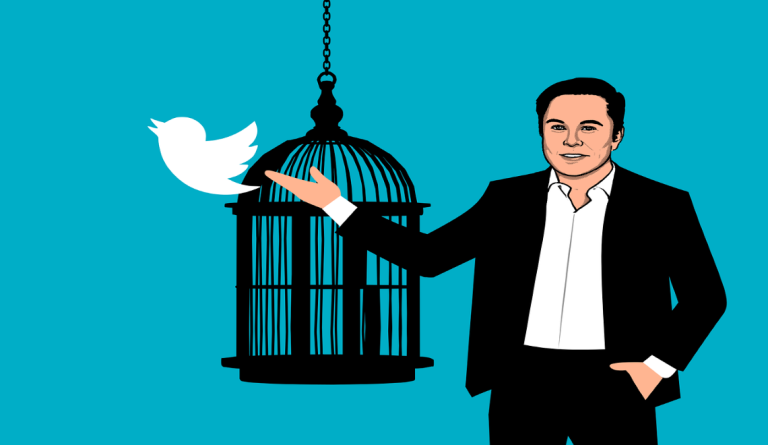 The world’s richest man is reconsidering the best way to invest his money. Tesla CEO Elon Musk shocked the business world by announcing his plan to cancel the $44 billion Twitter agreement in an unexpected twist of events. The news was communicated via a letter addressed to Twitter’s board of directors. In a nutshell, the world’s richest man is unsatisfied with Twitter’s lack of information about spam and fake accounts.

Elon Musk has withdrawn from a $44 billion buyout of Twitter. He says that Twitter broke several clauses in the agreement. According to the letter addressed to Twitter’s chief legal officer Vijaya Gadde, Elon Musk is withdrawing his part of the deal with reasons attached.

This is due to the fact that Twitter apparently made false and incorrect representations that Musk used as a basis for his decision.

Elon Musk shed light on the termination of the merger agreement, alleging that Twitter had committed a “material breach” of many clauses in the deal. He says he withdrew because Twitter failed to provide enough data on its network’s amount of spam and phony accounts.

Elon Musk had previously agreed to buy the crypto-friendly social media network for $54.20 per share, or about $44 billion in cash. The board of Twitter was pleased with the choice. They voted unanimously in favor of a deal that would again transform Twitter into a privately held corporation.

However, the complaint to the SEC claimed that Twitter was not transparent about two key data: how it audits the inclusion of spam and phony accounts in monetizable daily active users (mDAU) and how it detects and suspends such accounts. Twitter has been notoriously secretive about its daily mDAU counts for the last two years.

In April 2022, Elon Musk said he would delete all spam and scam bot accounts from Twitter if his $44 billion proposal was accepted. His overall strategy to enhance the social media network included the introduction of new functions, such as the ability to modify tweets and see previous changes. The letter reads:

In short, Twitter has not provided information that Mr. Musk has requested for nearly two months notwithstanding his repeated, detailed clarifications intended to simplify Twitter’s identification, collection, and disclosure of the most relevant information sought in Mr. Musk’s original requests.

The letter then claims that Twitter is in breach of two sections of the merger agreement (Sections 6.4 and 6.11). The complaint states that since June 6, Twitter has been aware of its violation, and “any cure period afforded to Twitter under the Merger Agreement has now lapsed.”

However, the board of directors at Twitter is furious with Elon Musk’s decision to terminate the contract and walk away from the deal. In a tweet, Twitter chairman Bret Taylor wrote that the board wants to complete the transaction at the agreed-upon fee and will take legal action if necessary.

While Twitter has provided some information, that information has come with strings attached, use limitations or other artificial formatting features, which has rendered some of the information minimally useful to Mr. Musk and his advisors.

What is the effect of Musk’s latest decision on the crypto industry?

The cryptocurrency industry played a hand in Twitter’s purchase. Already a crypto enthusiast, Elon Musk substantially improved the crypto ecosystem by investing in Twitter. The project’s cancellation comes amid reports that the US SEC and FTC are looking into Musk’s ownership of the social network.

This was soon after the billionaire gained support for the buyout from 19 renowned investors. These investors include crypto sections such as Sequoia Capital, Andreessen Horowitz, and Binance. Notably, the merger has also impacted Dogecoin’s price fluctuations.

The partnership announcement has been a major catalyst for Dogecoin‘s price growth in recent weeks. According to the report, investors anticipate that the Dogecoin evangelist will integrate it as a currency on the platform for tipping features such as Bitcoin.

Dogecoin has lost 5% of its value from the all-time high of $0.07301 set yesterday, changing hands for $0.06949 on major exchanges today. Dogecoin fell Saturday as Elon Musk’s Twitter buyout imploded prospects for the meme coin’s wide acceptance.

The cancellation of the Twitter partnership had a major impact on other cryptocurrencies. On Friday, aftermarket trading in Twitter shares plummeted.

News on financial markets sent a positive signal for cryptocurrencies yesterday morning. The news today might cause that recovery to come to a halt. It’s too early to tell what the merger’s broad ramifications have on the crypto sector. Only time will tell how severe it is. At the time of writing, the crypto market cap is $957.40 billion, a 0.80% increase over the previous day’s close.