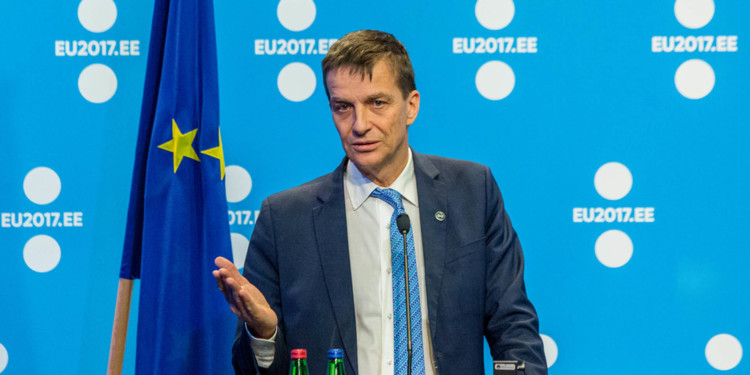 Aldo Hansson a prominent member of the European Central Bank and the governor at the Estonian national bank declared that the cryptocurrencies are a “load of nonsense.” However, he refrained from naming Bitcoin specifically despite the prevailing belief that the banker was referring to the currency specifically.

Hanson expressed his opinion at a conference “5 years with the Euro” held in Latvia. He is of the view that the cryptocurrency bubble has burst and if not sooner than later the currencies would die out since they are already moving towards the eventual death.

Bitcoin being the mainstream leading cryptocurrency is always considered the primary target of such comments. However, Hansson did not specify Bitcoin specifically, but he did mention that it can change if the market achieves, “equilibrium.”

The comments also gave way to a roaring discussion on the social media, but Hansson appeared to be discussing the current situation critically rather than being die-hard crypto rooting analyst. Such comments are neither rare nor in any case, meant to discourage the investor but rather present a fair picture.

Hanson also expressed that the low volume and sudden spikes if couples with loans can be dangerous and that is something a person in a position of responsibility must put forth since crypto scams have also led many investors to suicide after bankruptcy.

If analyzed with a clear mind his comments are directed towards the hordes of investor that resulted in heavy investments during 2017 and leading to all-time cryptocurrency highs right after blockchain joined teams as a technological savior only to lead into a sixteen-month bear market.