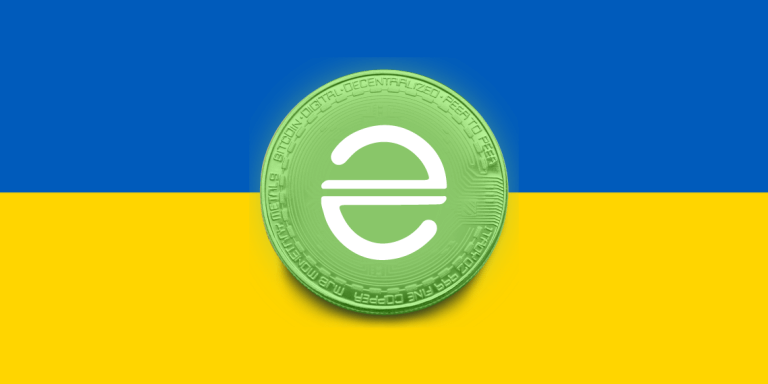 E-Hryvnia is a digital version of the Ukraine Hryvnia national currency created on the blockchain. CBDCs are commonplace, with many nations announcing plans to implement their own.

Blockchain has numerous applications past the volatile cryptocurrencies. The technology has been battle-tested and used in cross-border money transfers, IoT, smart contracts, healthcare, logistics, and government.

A central bank digital currency(CBDC) is the digital form of a country’s fiat currency created on the blockchain; unlike stablecoins, it is centralized and controlled by the central bank.

On November 28, the National Bank of Ukraine (NBU) presented the digital Hryvnia concept draft to financial institutions and cryptocurrency stakeholders for discussion.

By definition, the currency will be the digital form of the monetary unit of Hryvnia in the country, with a direct obligation to NBU.

NBU developed plans to develop the currency in September 2021 to use currency to complement cash and non-cash forms of the national currency.

The development and implementation of the digital hryvnia can be the next step in the evolution of the payment infrastructure of Ukraine; it will contribute to the digitalization of the economy, the spread of cashless payments, the reduction of cost, the increase in the level of their transparency and the increase of trust in the national currency in general

The NBU presented the design of the CBDC, its advantages, characteristics, and utility in payment systems. The presentation delighted in the currency’s instant payment functions, programmable nature, and data analysis, providing opportunities for new business scenarios.

The country joined a growing list of countries working on digitizing their currencies. Such countries include China, the Bahamas, Sweden, India, and the European Union.

While the governments are well-intentioned, many countries debate CBDCs. Protesters view them as means of surveillance by their governments due to their centralized nature.

Users will use the currency for retail non-cash payments with the possible functionality of programmable money: for the implementation of targeted social costs, the reduction of government expenditures on administration and control of the targeted use of funds,

The technology is programmable, enabling Smart contract technology to program various calculation logic depending on the circumstances and facts.

E- Hryvnia will also be used for compatibility with other virtual assets increasing its utility in exchange, provision of issuance, and other operations with virtual assets.

CBDCs will facilitate cross-border payments with speed, transparency, and cheaply.

The NBU seeks to bring in more stakeholders taking into account the potential impact of its introduction on the state’s financial system.

How CBDCs impact the monetary system

CBDCs protect consumers from the volatility of cryptocurrencies. Transactions will be fast, cheap, safe, and frictionless when used as a payment medium.  Retail users are, however, concerned about their data privacy; the government will be able to track the currencies, which is already a subject of debate in countries that want to implement them.

On the other hand, corporate clients are excited by the efficiency of distributed ledgers. By using smart contracts, they will be able to automate monotonous tasks like taxes or other required payments for compliance. Digital audits will be more efficient as the blockchain records all transactions.

On the other hand, the new technology will force domestic banks to upgrade their ledgers to incorporate digital currencies. Business-wise, clients will prefer their CBDCs for cross-border payments instead of relying on banks which have proven to be slow.

International banks must also adapt the new technology to enable global and cross-border trade. Defi will be prominent, and they will likely adopt it to remain relevant.  The shift will require those banks to participate in new networks, work with new digital ledger types and collaborate with Fintechs.