Singapore’s DragonEx Crypto Exchage confirms it was a hack 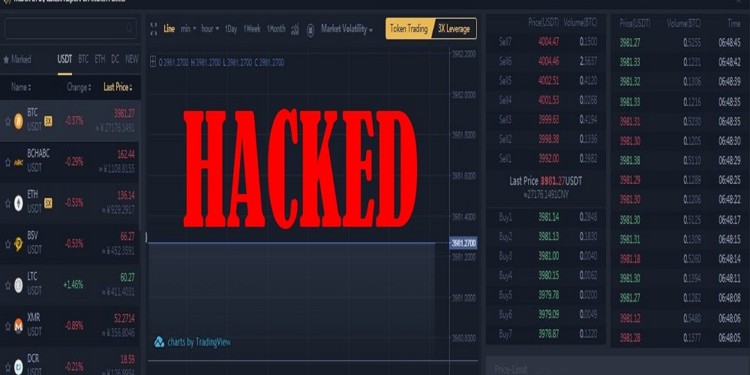 DragonEX, a Singapore based crypto exchange, on Monday gave an official announcement through a telegram Channel, that there was a hack on its network.

The incident which occurred on Sunday, March 24, left both the platform’s and users’ crypto assets stolen. However, admin said that part of the stolen assets was traced and taken back although not all. They also notified a number of judicial administrators like Singapore, Thailand, Hong Kong and Estonia about the cyber-crime.

Most unfortunately, all the exchange’s services remained closed throughout the week as they work on compiling a report of the actual asset recovery situation.

How much crypto was stolen?

Though the amount of crypto assets claimed to have been lost remains unknown, DragonEX promised to take full responsibilities regardless of how much it could cost them. But we could have a rough estimate following CoinMarketCap data, which showed that $187,704,466 was traded within a period of 24 hours just before the news was released to the press.

By yesterday March 26, 20 wallets where the assets are suspected to have been transferred, have been identified and their addresses publicized through a telegram channel. The addresses seem to correspond to Litecoin, Bitcoin, EOS, Ethereum, and Ripple among other altcoins.

As we await confirmation of the actual figures, the exchange’s admin requested for any help from well-wishers who would come across suspected crypto activities.