Cryptos Need to Wait for Approval from US Regs 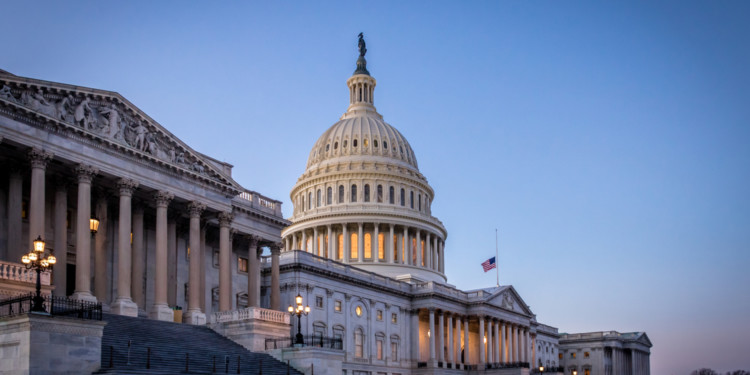 The U.S. government could open again, but approvals of crypto investment products might not happen.

The shutdown began on Dec. 22, 2018, and ended on Jan. 25, and it forced the federal agencies, which included the Securities and Exchange Commission (SEC) and Commodity Futures Trading Commission (CFTC), to shut their doors. This, as a consequence, delayed product launches and also some companies to pull off their proposals.

The SEC, CFTC and other regulators are back to work and have five weeks of work to catch up on. The industry’s advocates in Washington, D.C. are clear that a bitcoin exchange-traded fund (ETF) or similar applications won’t receive expedited treatment.

Kristin Smith of the Blockchain Association said- “Everything will work but some time needs to be given to warm up. It has been frustrating, worst could be companies delaying their plans rather than canceling them. People are eager to pick up where they left.”

SEC chairman Jay Clayton during a public statement announced that the regulator would return to normal operations. During the shutdown, the agency used to monitor markets but took action only to prevent imminent threats to property

Steve Ehrlich, chief operating officer of the Wall Street Blockchain Alliance said- “The shutdown was the longest in the history of U.S. history and could as well have a few repercussions for space. The most important issue is the fact that such a reopening could be short-lived. The truce between Congress and U.S. President Donald Trump might be temporary, and if the two branches of government won’t be able to agree on a permanent budget and compromise regarding the proposed border wall by February 15, the government could shut down again. I can’t imagine any company believing that the government wouldn’t shut down again after the 21-day reprieve. Until  more certainty is provided regarding the fact that the government wouldn’t shut down again after 21 days, federal regulators will be focusing their activities to serve the broadest segment of the population and address their highest priorities, which couldn’t include crypto.”

The Senate and House conference committees began meeting Wednesday in order to discuss how government shutting down could be avoided.

Ehrlich said- “Without knowing whether or not the political climate would remain calmer for the indefinite future, companies which seek to avoid domiciling themselves in the U.S. or de-risk themselves by avoiding serving U.S. customers … are those which are committed to the U.S. and even these companies will face challenges.”

The CEO of Templum Markets, Vince Molinari told- “The SEC has made an incredible effort to keep up their immense workload, but given how some of the staffers have been on duty even during the shutdown (less than 300), a 21-day reprieve might not “materially affect” the agency’s backlog.

It will be impossible for any of the agencies to catch up immediately after many weeks of side-lining, even after their best efforts,” he said.

The shutdown has resulted in the delay of various planned product launches or hoped-for approvals.

Ehrlich added- “Conversations which have been going on between start-ups and relevant regulators like the SEC (which includes their newly created FinHUB) regarding business models and plans will likely have lost critical momentum and this will take them a good amount of time to recover.”

The VanEck/SolidX bitcoin ETF proposal had been withdrawn by Cboe this month. The CEO of VanEck Jan van Eck stated the government shutdown as the reason behind such decision and explained that the companies who were behind the proposal had been working with the SEC in order to answer questions regarding space, and these conversations had been paused during the government shut down.

The ETF will be re-filed on Thursday, but similar to NYSE Arca’s, it might not be published by the Federal Register.

Bitcoin futures exchange Bakkt has been developed by the parent company of the New York Stock Exchange which has remained as the most-anticipated product launch, but it is also dependent on the regulatory approval. The company has been waiting on the CFTC to give a green signal to the proposal, but the commissioners will first have to release them for public comment. Only after the 30-day public comment period concludes, the commissioners will vote for the approval of Bakkt’s offerings.

Ehrlich said- “Their restarts might have been delayed by the mountains of paperwork which the officials will have to address.”