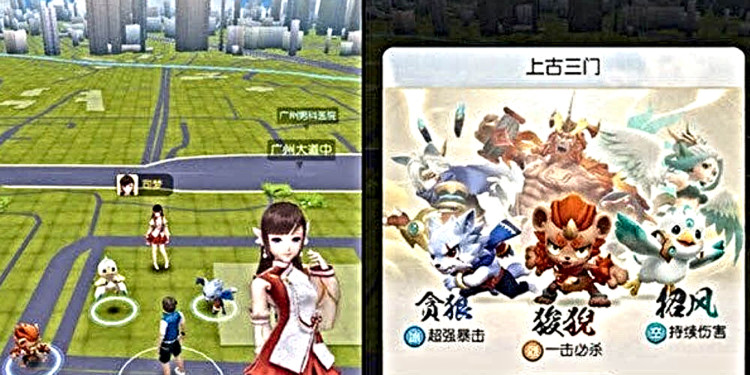 Tencent, the huge Chinese gaming company, has launched a new game recently by the name Let’s Hunt Monsters. This game combines the concepts of Pokémon Go and CryptoKitties and has become the number one gaming app on the iOS application store.

The South China Morning Post reported that the Shenzen-based tech organization released its game in Augmented Reality (AR) on the 11th of April. The game allows the player to swap digital kittens as well as enabling them to catch multiple virtual creatures.

The theme of the game sounds all too familiar as it merges two of the most popular games, i.e., Pokémon Go and the first ever blockchain-based game, CyptoKitties. Despite the huge success of both these games in the western world, they had not witnessed much success in China.

One of the major reasons for little success of Pokémon Go in this country is that it requires Google Maps for the location dependent game. However, this game has generated nearly two and a half billion dollars ($2.5b) in revenue. Since Google Maps is banned in China, its success in this region of the world was next to impossible. CryptoKitties, none the less, requires Ethereum’s currency, Ether, to make purchases or sell digital kittens.

In the year 2017, China shut down cryptocurrency exchanges. Despite the courts declaring, later on, that crypto assets must be protected as property by the law, this ban made accessing cryptocurrency in China very difficult. So, applications that were based on crypto became inaccessible.

Many companies made an effort to create games similar to these two, that the Chinese public could have access to, but none of those gained popularity quite as quickly as Tencent’s new game.