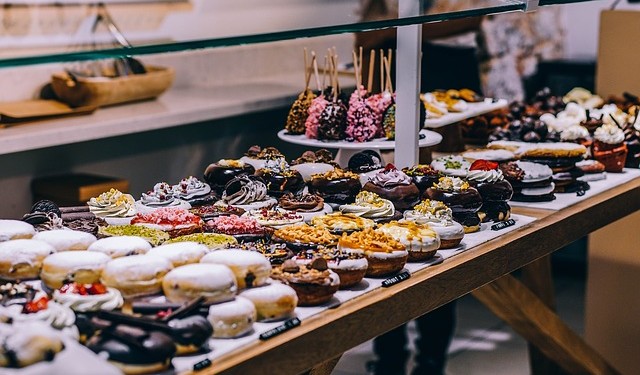 Crypto thieves have proved that theft could sometimes just be a cakewalk. Last week, a cryptocurrency ATM machine was stolen from a bakery in California.

The theft happened at the Belwood Bakery in Brentwood Village, Los Angeles, which is the latest theft in a series of robbery attempts on the cryptocurrency establishment.

CBS News reported that the thieves unceremoniously snatched off a cryptocurrency ATM machine right off the wall from the Belwood Bakery. The CCTV camera through the news channel showed that a masked assailant crashed through the shop’s glass doors with a sledgehammer in hand and it looked like the crackhead version of Thor looking for cash for his next fix.

The crook took off the cryptocurrency ATM machine hanging on the wall. He whacked the machine twice with the help of the sledgehammer, and it came off free from the wall. The armed robber tried to open the machine by thwacking it a few more times, but it didn’t budge. He realized that the ATM wouldn’t crack that easily, and hence he propped the machine on his shoulder and took it off onto the street.

The owners of the shop told CBS News that this had been the third break-in during the recent weeks.

CBS also showed a video that is dated on December 21 wherein two hooded thugs have used the same glass door smashing strategy to enter the bakery. The shop was robbed on November 18 by yet another group of crooks. And during both the previous robbery attempts, the thieves went away empty handed. But this time, no clarity has been provided regarding whether or not the thieves actually made any money from these thefts.

The Belwood Bakery has reportedly been operating since 1994 and has been known for their very delicious pastry products and friendly service. It is a family-run bakery and one of the owners of the Belwood Bakery, Derek Tran, told the news outlet that he didn’t know whether or not the cryptocurrency ATM machine had money in it. But he went on to say that it was quite difficult for small businesses to survive when there were such frequent robberies.

It is very funny since it doesn’t look like the thieves knew that bitcoins weren’t actually physical coins.