Chainlink security adopted for VRF to strengthen gaming of dApps 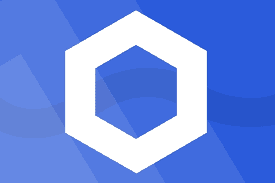 Chainlink has launched a Verifiable Random Function oracle (VRF) in its effort to boost chainlink security using randomness. Randomness will help tighten the ease with which bad actors access smart contracts used to power blockchain dApps and platforms handling the selection of winners.

The chainlink security system is based on Goldberg’s Verifiable Random Function. The function is used to guarantee the authenticity of a system outcome. Achieving this requires granting access to the system only to the person with the randomly generated secret key. At such, no one can alter the expected outcome.

Improving the Security of Systems

VRF can make games trustworthy and more fun, according to chainlink, who adopted oracle due to its provable randomness. It’s easier to generate provable random assignment of duties. Judges at the lower courts, for instance, can randomly be assigned duties using this technology.

The last oracle by chainlinks caught the interest of its first adopter, PoolTogether, a no-loss saving game, powered by audited, secure smart contracts as their claims have it. As a Defi lottery platform, PoolTogether pulls all interests accrue on its Dai stablecoin holdings into a single pot, from where randomly a winner gets selected from a pool of users.

PoolTogether wants to increase the transparency of its selection and boost customer’s confidence by replacing its old, manual, and centralized system of selecting winners with chainlink security solutions. Adopting the chainlink solution will see PoolTogether continue to utilize randomization in their selection process, something they always did with their old, manual systems.

Even though PoolTogether was quick to adopt the new technology, many other projects have continued to integrate chainlink security into their process. It shows how much traction the chainlink’s highly functional, and decentralized has gained in the blockchain ecosystem.

Reports have emerged that Tezos has signed a strategic partnership deal that’ll see them take advantage of the decentralization provided by chainlink security systems.