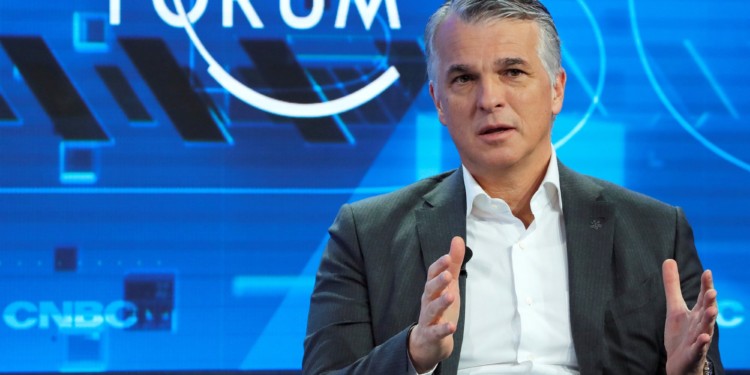 Sergio Ermotti, the chief executive officer of Swiss bank UBS, while speaking at a CNBC panel at the World Economic Forum in Davos, said that the massive December sell-off was the consequence of political fears and the reality set in that the Fed is tightening up their money spigots.

December losses on the S&P 500, Dow Jones, and NASDAQ made 2018 as the worst year for equities after the devastating financial crisis of 2008, the worst December of trading on the U.S. stock market since 2008 and the worst December since the Great Depression.

In October last year, an analyst at Market Watch pointed out– “There are only two other times in history when the stocks had been more expensive than they are today: just before the Great Depression hit and in the 1999 run-up to the dot-com bubble burst.“

UBS Chief Sergio Ermotti, during the world economic forum in Davos last week, said- “The implied assumption of liquidity being here, being able to step in and function the leveling out tensions, is a wrong assumption. The liquidity could freeze very easily, like the water in Davos.”

CNBC report stated- “The Swiss banker said many of the world’s bigger investors who have been currently managing money for others and, they might not be willing and able to trade an asset just to ensure that the markets run smoothly. This means when markets don’t reflect losses after evaluating equities on the basis of their objective value and only show their revenue on the ability of the trader to sell them to a greater fool, flush with that easy Fed money for a higher price.“

The CNBC report concluded with a quotation from a panelist who spoke along with Ermotti in Davos, Mary Callahan Erdoes, who is J.P. Morgan’s asset & wealth management CEO- “They have a lot of capital which could be deployed but they won’t make it to the markets in the way banks used to. They are going in as a fiduciary and will make money for their investors, and these are the dynamics that everyone is struggling with.“