CCN announce closure and KEY Difference Media has made an offer? 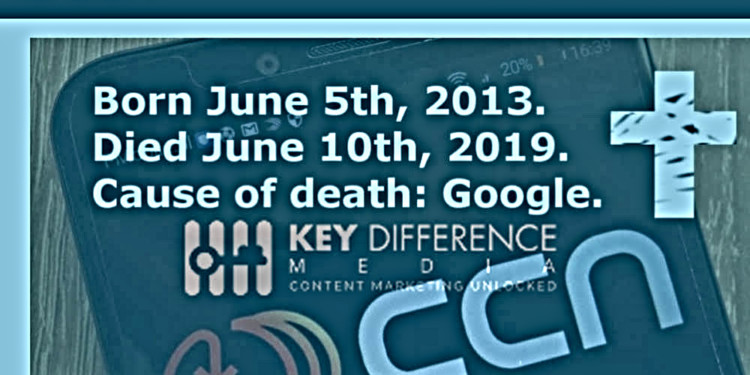 Cryptocurrency news media outlet CCN is facing a bad traffic winter with the latest Google update and the company made an announcement that the current situation makes the operations unbearable.

While on the other hand, other media outlets are facing mix results where some more might follow in CCN’s footsteps others continue to thrive.

An insider at the KEY Difference Media (KDM) revealed to Cryptopolitan that the Blockchain/ICO/IEO marketing agency has made an offer to the CEO of the media outlet CCN, Jonas Borchgrevink.

What has happened so far?

The post explains that the results are based on Accelerated Mobile Pages (AMP) search engine traffic that has been cut off. While on the other hand, over fifty-six (56.67%) of the traffic comes from the search engine.

CEO Borchgrevnik also explains in the post that despite repeated attempts to fix the issue through Google Webmaster Forum the traffic is low.

CCN is facing a deadly drop in visitors causing as much as ninety percent (90%) of their revenue.

KEY Difference Media is a leading ICO and crypto marketing agency, as well as the powerhouse, that is spread over Russia, India and Hong Kong.

The company is currently working on various blockchain and cryptocurrency related products along with its regular clientele.

Well, it appears CCN is of much value to the cryptocurrency community to be allowed to die and KEY Difference Media seeks to uphold the journalistic integrity of the platform intact if the take over goes through.

Jonas has not made any further statements since the official post on the CCN website. Let’s see what the serial crypto entrepreneur decides for his baby.