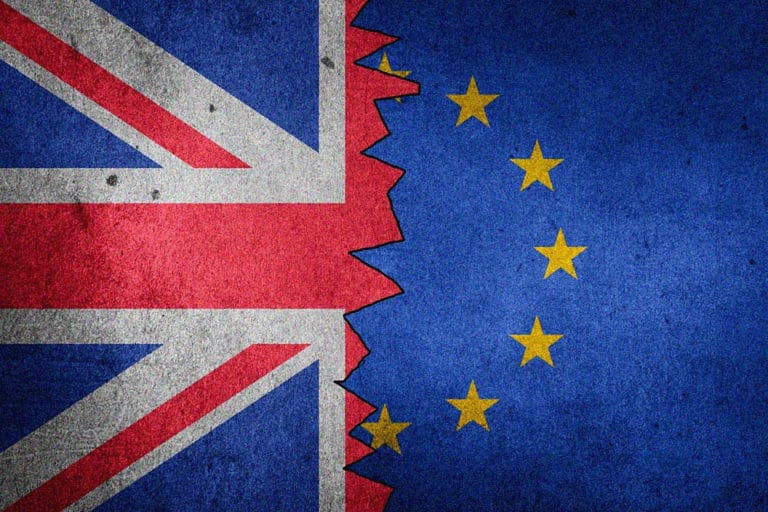 A skilled team has proposed it but can blockchain solve Brexit border trouble? A plan to utilize blockchain tracking for trading between the Republic of Ireland and Northern Ireland (NI) has been put forth.

The plan is proposed to prevent a hard border, which may be re-imposed after Britain departs from the European Union.

The consortium proposed the development of a transport system that uses locked digital containers, automated certification, and Global Positioning System records. Each of these details will be registered in a blockchain-based database.

Charles Le Gallais, the Chief Executive Officer of ELAND, has described the project as a mobile warehouse that would solve the United Kingdom’s problem of maintaining the Belfast Agreement after it has left the European Union. He added that the team is striving to develop a convenient way of cross-border transportation of goods without any Irish support.

While the British government has appreciated all the work put into the plan, the Irish government has not made any comments regarding the proposed project. Manufacturing Northern Island (NI) has disregarded the plan, stating that it will only be feasible for valuable and fragile goods.

The Chief Executive Officer (CEO) of Llamasoft, Razat Gaurav has stated that this plan will allow industries to have an insight of the border and its security. Although if the planned project is complicated, organizations may not utilize it. Gaurav added that people would try to find other ways instead of adopting a complicated technology.

Boris Johnson, the Prime Minister of Britain has suggested that NI should stick to the European Union’s singleton market that includes the trading of food, goods, and animals. While it would be exempted from the European Union’s customs union, which is a general trade bloc, that is composed of a free trade area with a usual external tariff.

For this purpose, border checks and security will be required so that the unity of the market can be preserved.

Boris Johnson has claimed that the border will not require the development of physical infrastructure, because of the available replacements of checks.

ELAND claims that the solutions are constructed from sound technology. It has also stated that the project’s plan will be applicable within twelve months.

Stephen Kelly, the Chief Executive Officer of Manufacturing NI, has stated that the project may be applicable over rigid trucks that can be digitally locked when they’re loaded.

He explained that border officials would have to believe that the transporters are not smuggling anything, while the owners of NI’s one hundred and forty thousand lorries (140,000) may not put money into the required equipment.

Kelly thinks that the United States and Canada would’ve already been utilizing this plan if it were practical.