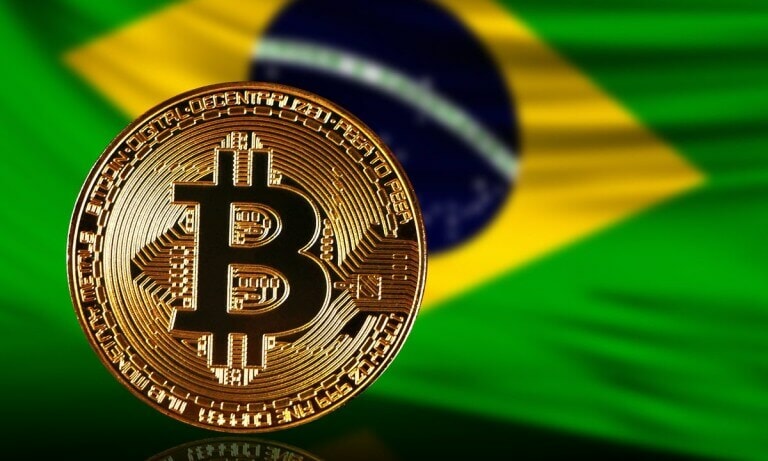 The crypto market has been down for almost a year now, but in this downtrend market, there always comes news that ensures the future potential of this digital market. One such news was revealed at a conference held by the Brazilian News site Poder360 Yesterday, 12 Dec. 2022. It was revealed the Brazilian central bank will have its own digital currency named CBDC by 2024.

The news got attention from all over the world, and as one of the biggest countries of Southern America is quite near to accepting transactions of cryptocurrencies through national banks. This move will not only increase the overall number of crypto users but will also increase the number of countries having national digital currencies.

The Central Bank of Brazil revealed the digital currency at a conference in which the Present of the Central Bank, Roberto Campos Neto, said that before beginning wider usage of the CBDC, a digital currency created by a central bank, the bank will run a trial program in collaboration with a few financial institutions. Additionally, he believed that this move with increase the inclusion of a wide range of people in the financial sector.

He further added that greater inclusiveness, lower cost, intermediation, competition with lower entry barriers, efficiency in risk control, monetizing of data, and full tokenization of capital assets and contracts: this is what they see in this digital economy in Brazil.

Many people inside the administration of Brazil fear that the tokenized system will hurt the balance sheet of the Central bank, but the president assured them that it would not disturb the monetary policies of the system because It adopts all current deposit-related laws as an inheritance.

Furthermore, According to Campos Neto, IMF representatives have addressed the central bank and left comments that this strategy appears to be the simplest to adopt and that other central banks should examine it further.

Before this, a bill governing the use of cryptocurrencies as a form of payment in Brazil was enacted by the Brazilian Congress on 30 Nov. 2022, which will potentially help in advancing the uptake of digital assets in the South American country.

However, the law, which still needs the president’s approval, would grant cryptocurrency payments for goods and services legality, but not the status of legal tender. This implies that financial institutions could soon start providing crypto payment services, thereby making it easier for individuals to buy and sell common commodities via cryptocurrency in a similar manner to how they presently use credit cards or other similar services.

Countries that have issued their CBDC

Brazil is not the only country that has issued its own CBDC. With the issue, Brazil will join the list of the Bahamas, Nigeria, Eastern Caribean, and Jamaica to issue their own digital currency. Numerous nations are investigating the technology, and some are even more determined to start utilizing one as a risk-free alternative to cryptocurrencies following the disruption caused by the collapse of the crypto exchange FTX.

Brazil has advanced significantly in terms of investor adoption and regulation of cryptocurrencies. The majority of the country’s main banks and brokers presently offer some form of exposure to cryptocurrency investments or comparable services like custody or token offers, and it currently has the most cryptocurrency ETFs in Latin America.

Over 10 million people, or 4.9% of Brazil’s total population, are thought to be any form of cryptocurrencies owners at the moment. With its own CDBC, the country will see more crypto users in the coming years, and it will positively affect the overall crypto market sentiments.