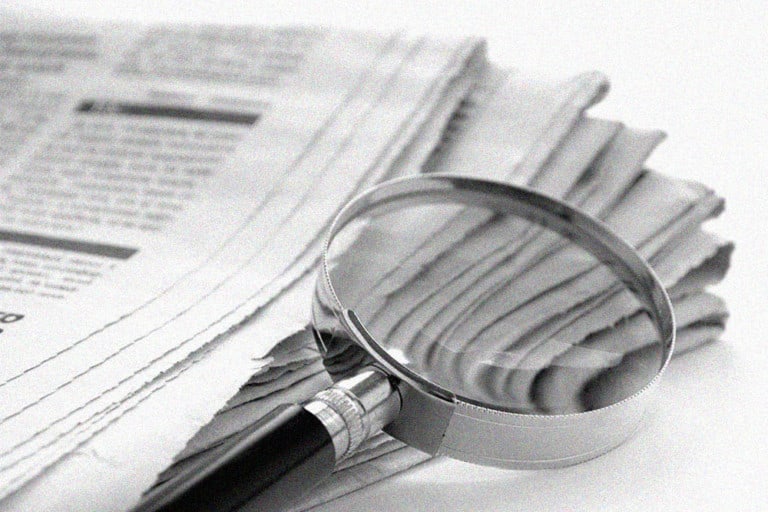 Blockchain technology is moving mountains as you read these sentences, and blockchain for news filtering is becoming the latest trend to put an end to fake and unauthentic news. Since the past few years, fake news and misleading content have spread around the internet like wildfire.

The increasing occurrences of these fake articles and deep faked videos shocked a lot of people back in 2018 when a video of former USA president, Barack Obama, surfaced online.

The content of the video explained how technology could be abused and manipulated which was an attempt at irony since the video itself was a deep fake.

Part of web 3.0 includes the inculcation of blockchain to create a decentralized web that creates a permanent ledger which stores information about web content and connects it back to the content to ensure authenticity.

As early as 2023, 30 % of all web content including videos and news could be verified as real, courtesy of blockchain.

Last year in December, Twitter declared that it was funding an independent body of 5 architects, designers, and engineers to develop a decentralized standard for social media. The reason for initiating this new project was to allow people the freedom to read what they wanted; the decentralized standard would include features based on blockchain to give users the freedom to read filtered or filtered content.

Many new big scale projects using blockchain for news filtering have started with the aim of canceling fake news.

A development by Po.et is underway, which works on the bases of Bitcoin Blockchain to timestamp web news and other content.

IBM’s Garage is working on a new initiative in alliance with The News Provenance project to save metadata of pictures and videos, including the time and identity of the person who took the picture.

Having said that, Danny O’Brien, Director of the strategy for Electronic Frontier Foundation, sounded unintrigued by this new initiative. He expresses that using technology to solve a social issue is rarely helpful. Danny further added that people who view and share fake news are seldom interested in verifying the authenticity of it.

Talking about fake web content, The New York Times took a different approach and jumped straight to examination using images since it is relatively easy for the software to compare images to see if they’ve been altered.

Alternatively, for written or textual content, Blockchain’s native consensus algorithm can be used to allow content creators to agree whether news or piece of textual document is authentic or not, thus using pre-writing blockchain for news filtering functions.

Despite all of this positive and promising potential, O’Brien believes that fake news has been circling by state operators purely for political gains, which will hinder this system from ever going global, and blockchain for news filtering can be the answer.

Avivah Litan, a Gartner vice president of research, stated that blockchain is also being explored in other ways for electronic impulse testing to ensure the authenticity of web content. The technology is also being used to detect anomalies by the use of machine learning and artificial intelligence. The process blacklists or detects anomalies in assets that feed into the blockchain.