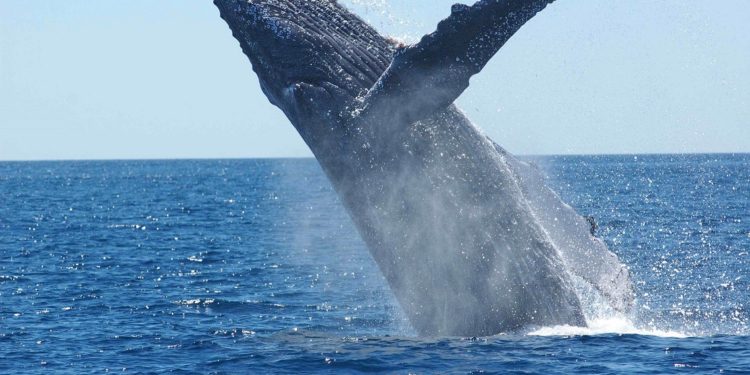 Bitcoin and many other digital currencies keep winning against the traditional systems of payment, amid their ease of use in moving large amounts of money across borders. More so, the transactions with cryptocurrencies are way lesser compared to other traditional methods. Among other things, this is one of the benefits enjoyed by Bitcoin whales: cheaper transactions.

On Tuesday, cryptocurrency transaction tracker Whale Alert informed the transfer of 7,748.7056 Bitcoin at 9:30:53 UTC. During the time of the transaction, the total cryptocurrencies moved were worth over about $104 million. A further glance at Blockchain.com, the Bitcoin network explorer, showed that the Bitcoin whale transaction was included in block number 655208.

The interesting part of the transaction is the menial fee of 0.00064578 BTC (approx. $8), which the Bitcoin whale had to pay to complete the transaction. So, $104 million transactions were processed at a fee lower than $10. Unarguably, a transaction of such amount would have required more than $8 to be processed with a traditional system of payments.

It’s safe to say that the Bitcoin whale transaction may have required a lower fee, if not for the recent congestion of the Bitcoin network. Recently, the Bitcoin network hashrate has been declining amid the seasonal migration of miners in China. As a result, there was less computing power on the network to confirm and map transactions on the block.

Consequently, the number of unconfirmed Bitcoin transactions on Mempool surged. So, most Bitcoin users had to pay more fees to accelerate the confirmation of their transactions. Today, Bitcoin mining difficulty posted the second-largest negative adjustment ever recorded since Bitcoin history. The adjustment came in accordance with the dropping hashrate in Bitcoin’s hashrate.