Not all is bad with Bitcoin having secured itself a sweet spot above the ten thousand six hundred \dollars ($10,600) mark.

Not to mention the fact that the twenty-one (21) and the fifty-five (55) moving averages have bee run over by BTC as well. The problem lies with selling volumes that had a major impact on the bars that the chart had to offer, registering a rise in selling proportions more than yesterday. 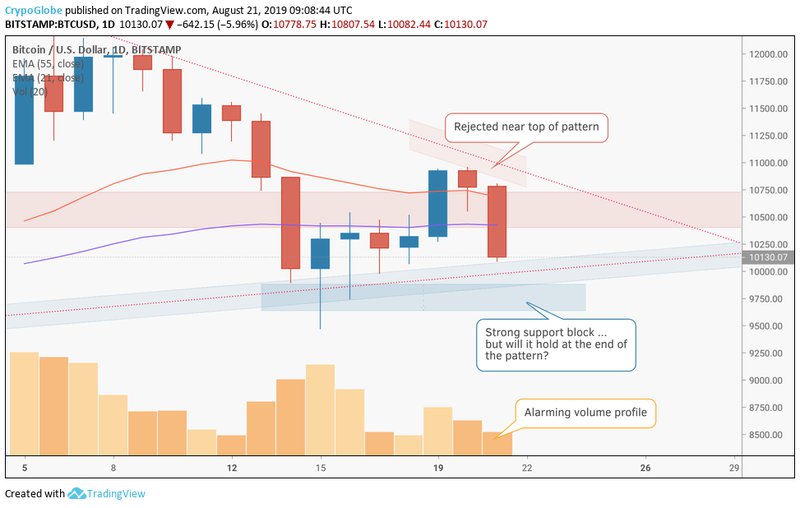 Let’s face the fact here. Retesting a support/resistance zone makes it weak. A consolidation period might ensue even though Bitcoin is moving downhill. Nevertheless, by the end of the next week, this will end and Bitcoin will again hit the ten thousand dollars ($10,000) mark and might just go below the five-digit banner.

Last night was rough on Bitcoin. While the cryptocurrency emptied itself in the market, it still isn’t clear as to what will become of Bitcoin according to the short term analysis. Once the landslide stars, There are not many places that can offer BTC the same kind of support except for the nine thousand dollars ($9000) support and eight thousand dollars ($8000) support- of June and September 2019, respectively. 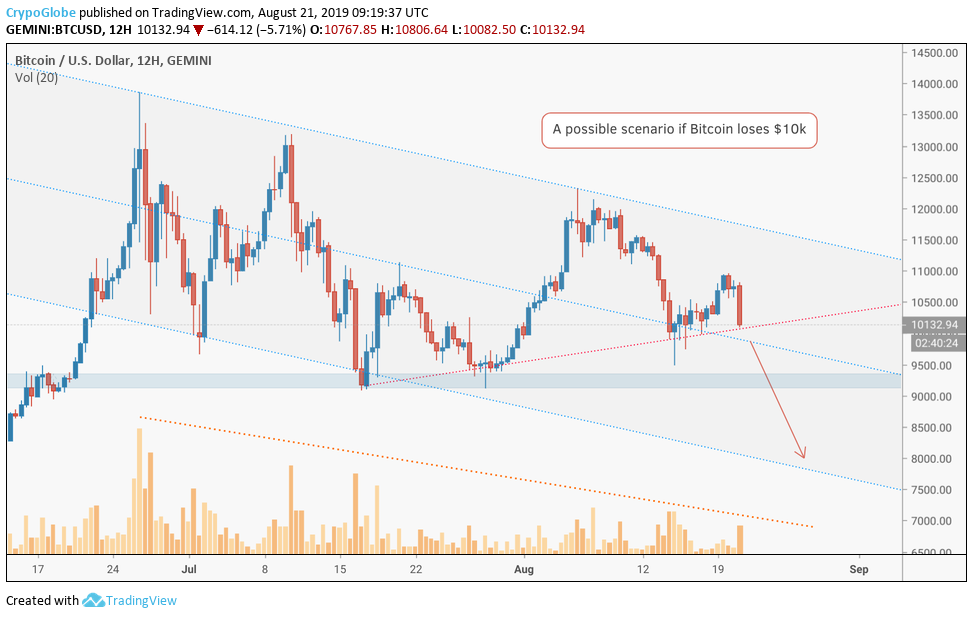 The charts are whispering that the exponential moving averages (EMA) are way off the mark. The moving average convergence/divergence (MACD)in the four-hour timeframe was pretty much ok till the sellers showed up, while this is true, the MACD has started recovering as well. 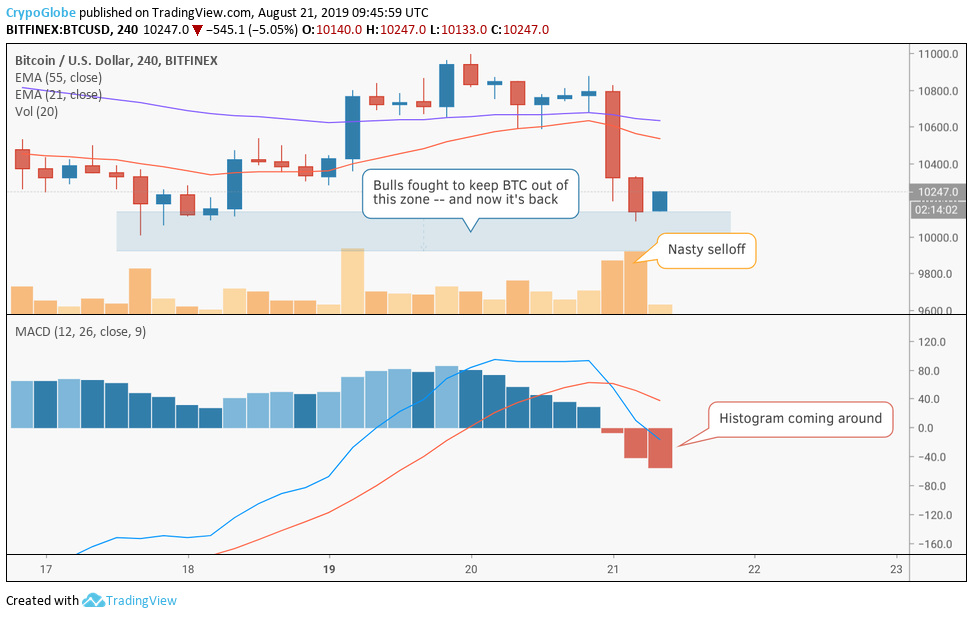 The relative strength index (RSI) predicts the downward movement for the cryptocurrency as well. 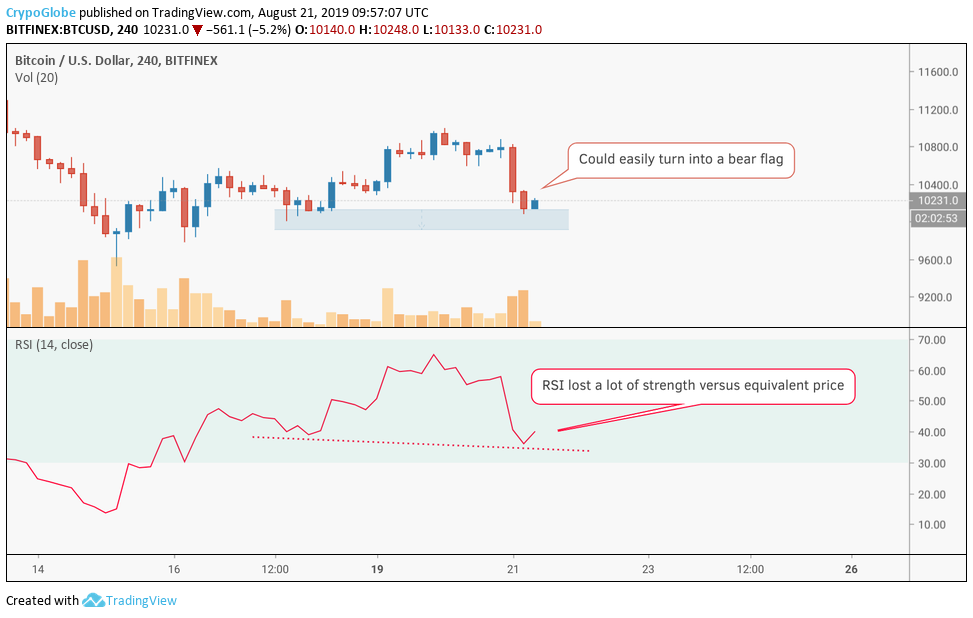 Though unlikely, if a rebound happens, it will happen at the ten thousand dollars ($10,000) support. That ought to give the buyers some hope that BTC price can still make it and when push comes to shove, resistances break when BTC is the cryptocurrency we’re talking about.