An Australian Bitcoin exchange operator and the trader has filed proceedings against two banking institutions in the country, namely Westpac and ANZ, according to a report on Monday by the Australian Financial Review. The cryptocurrency trader, Allan Flynn, alleged that the banks unlawfully closed his accounts, which consequently affected his exchange operations. Following the proceedings made against the two banks, Flynn is seeking compensation for damages incurred amid the banks’ systematic discrimination.

Per the report, Flynn operates a Bitcoin exchange with about 450 customers. Despite the platform being registered with the country’s financial intelligence agency, AUSTRAC, running the services has been challenging, as his accounts were allegedly closed by several banks operating in the country, including Bendigo Bank, ING, and others. For this reason, the crypto trader switched to opening another account with Westpac and ANZ for his Bitcoin exchange.

These accounts were allegedly closed immediately Flynn informed the banks that the accounts would be used to facilitate transactions with cryptocurrencies. “How am I supposed to run a lawful business if I can’t get a bank account?” Flynn said. According to the report, the bank said the account was closed because Flynn was “under investigation for cryptocurrency fraud.” The spokesperson for ANZ made it known that they don’t prohibit customers from dealing with cryptocurrencies. However, they don’t support businesses that issue or facilitate transactions involving digital currencies.

The Bitcoin exchange operator seeks about $192,000 (AUS$250,000) in compensation for the damages his business incurred due to the banned accounts. When Flynn reported the previous cases to the Australian Financial Complaints Authority, he was given $192 (AUS$250) as compensation, which he hasn’t even received. “It’s pathetic. I’d just lost my business, and they offered me $250 for stress and inconvenience.”

The current proceedings involving Westpac and ANZ were filed with the country’s ACT Civil and Administrative Tribunal. The hearing is scheduled to hold in the next two months. The spokesperson for ANZ says the bank is ready to defend the accusation. 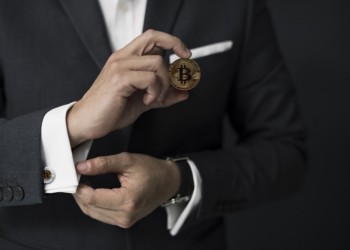