The price of Bitcoin cash is now in a strong position, and we anticipate more setbacks to be followed with greater advances. Following today’s new lows for the long-term trend, which occurred at $496 rapidly, the long-term bearish trend will continue. We expect SOL/USD to rebound following such a significant decline after such a severe drop.

On the five-day Bitcoin cash price analysis chart, the coin traded in a range of between $490-$690, Suggesting that many activities are going on in the market, hence the high volatility.

BCH/USD experienced a sharp drop yesterday afternoon, dropping from $495 to around $400. BCH/USD retraced 61.8% of the previous move during this price action before establishing a higher low at around $380. However, there wasn’t much trading activity.

The two most significant digital assets are trading in losses as the sellers control the entire cryptocurrency space leading to price dips. Bitcoin is down by -2.03 percent, while ETH has dropped by -5.21 percent. Other altcoins are also trading in the same trend, recording massive price deviation. The meme coin has recorded more than -15 percent price decline while Solan is trading at -12 percent. Despite most digital asset trading being bearish, some coins have recorded significant price gains in the last 24 hours. FTT is the hottest gainer of the day, recording a 20percent price surge.

On the Bitcoin cash price analysis page, we can see increasing momentum as bulls consolidate their position to surge and establish new highs in the next 24 hours. 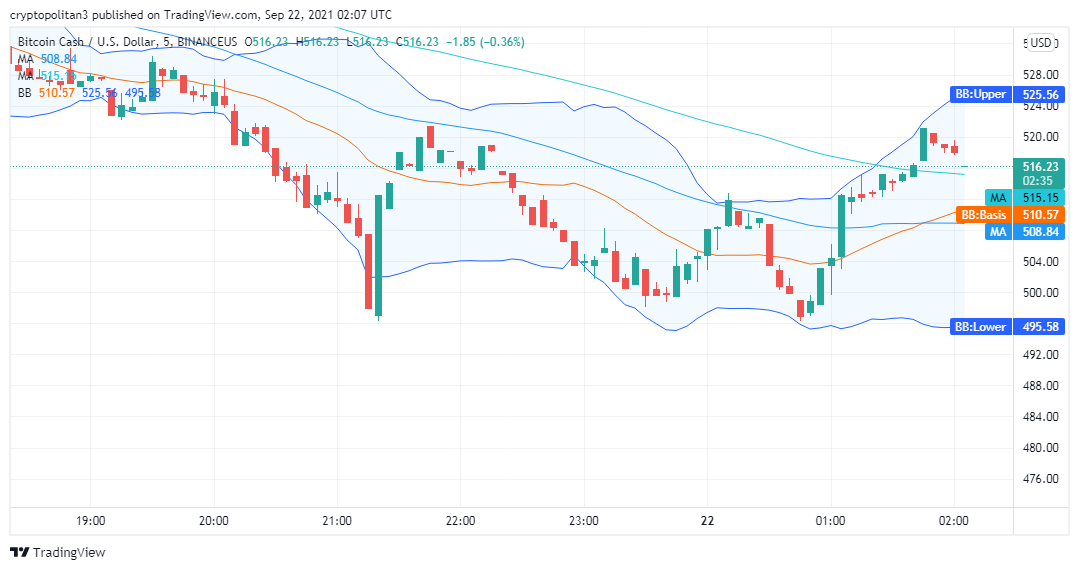 Bitcoin Cash has been stuck in a rut for the past several weeks. BCH, attempting to break through the $680–$700 zone. After resistance at $690 was broken in the middle of August, there was a lengthy consolidation period.

On the BCH price analysis page, we can see that the market is set to face resistance at $650 in the next few hours. A breakout above this level would mean another attempt at establishing a new high for Bitcoin Cash.

Today the Bitcoin Cash price is up, as a new higher low was established overnight following a sluggish retreat from $650 resistance. If the bulls continue to gather momentum, we expect BCH/USD to rise above this level early next week.