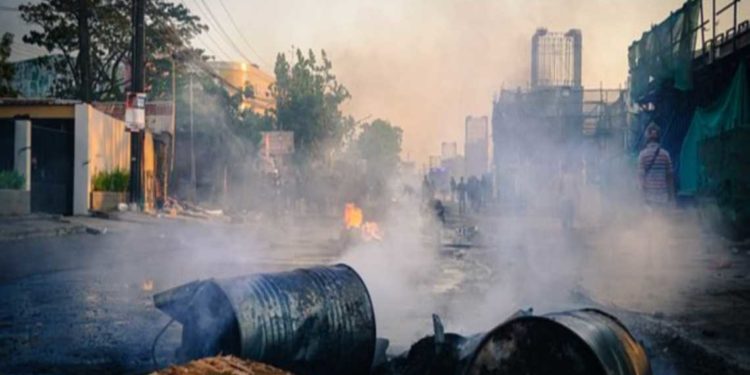 Bitcoin adoption is a massage a U.S. protester was driving home when sported making a call to action to buy the coin. The protester who wore a mask has turned into Bitcoin hero during the ongoing peaceful riots and protests. The George Floyd death makes the largest coin become part of the unrest.

This is the second week that U.S. citizens are protesting the death of Floyd. Floyd, a black man died in the hands of a white policeman despite pleading for his life. However, the cop and his accomplices have been arrested as investigations continue.

A Los Angeles protester appears to have other ideas; quitting the current economic system and instead buy Bitcoin:

We live in a system that will not allow us to thrive. […] My macro solution for everyone is to opt out and exit the economy as a whole and the way we do that is by buying bitcoin.

The heroism exhibited by the masked protest participant has prompted the Kraken crypto exchange CEO Jesse Powell to wonder who the hero is on Twitter. This has seen the video clip go viral with over 183k views at press time. This could turn out to be a huge boost for Bitcoin adoption.

The U.S. protests and riots come at a time when all is not well with the global economy. On the other hand, the COVID-19 pandemic induced lockdown has seen unemployment levels sour to around 34 per cent with the total number of unemployed persons surpassing the 40.8 million mark.

Many U.S. citizens are unable to pay their bills as the Federal Reserve continues to print more money. This has prompted Mati Greenspan, a financial analyst to add his voice to the current economic situation by tweeting:

The disconnect between the economy and the financial markets is now the greatest it’s been since ancient Rome.

Earlier this week another protester in Dallas flashed a sign with a “Bitcoin will save us” message. This got mixed reactions among the coin lovers as well as haters. However, the BTC mentions have seen industry heavy weights including Grad Garlinghouse, The Ripple CEO applaud those supporting the fight to save “black lives”.

Support for bitcoin adoption has gone global through protest. This has been evident in Hong Kong where calls for digital currency adoption have been witnessed. Other countries using protests to vouch for the coin include Venezuela, Chile and Argentina among others.