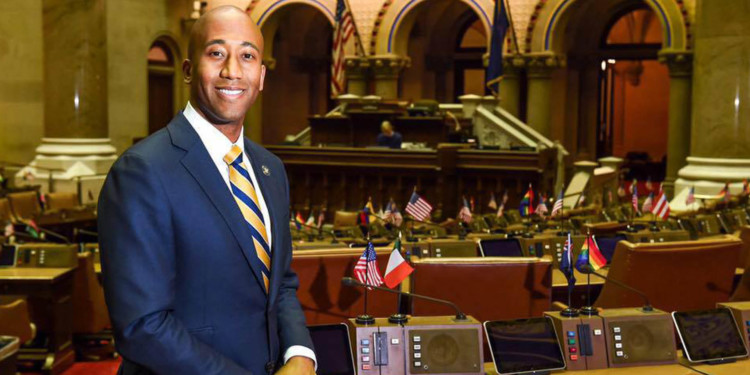 Clyde Vanel the New York state public representative has made it official today on 2nd January 2018 that the New York is going to be the first state to establish a Task Force specifically for cryptocurrencies.

He referred to a bill dubbed, The Digital Currency Study Bill signed by the NY Governor Andrew Cuomo that allows the establishment of the said Task Force.

Vanel further revealed in his post the task force would be appointed by the Governor, the Senate, and the Assembly, however, the first report is not going to come in before 18 months of operations due in December 2020.

He stated in his post that with this move the NYS would become the first state to have an exclusive task force operating to control and resolve cryptocurrency related issues in the United States of America.

In his Facebook post, he explained that despite common believe cryptocurrencies like Bitcoin (BTC), Ethereum (ETH) and Ripple (XRP) are more than just digital assist since the value stored is tangible in the real world. He continued to express how important the currencies are with deeper functionality than just the transaction such as ledger records and swift processing.

Vanel also happens to be the Chair of Subcommittee on Internet and New Technologies in NYS and has been a strong proponent of making use of the technologies that can propel the state onto the front seat of the future.

The bill has been signed and the formation of this task force is a strong mark on Vanel’s portfolio. The United States has been stern with the use of cryptocurrencies across the nation and the move has been strongly applauded in crypto circles across the globe.