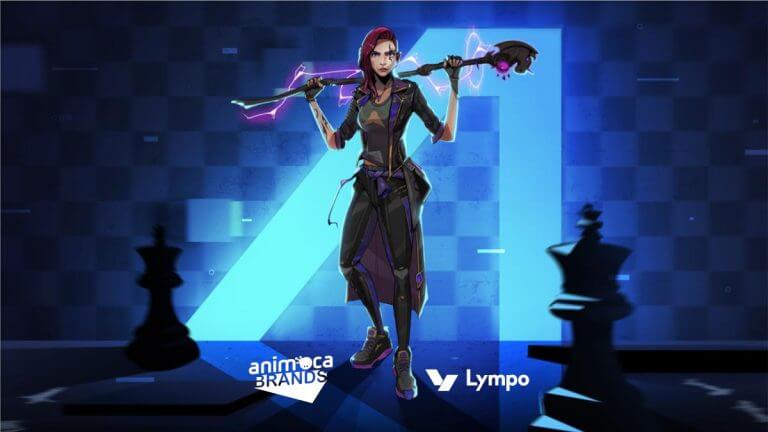 Animoca Brands and its subsidiary Lympo, a leading global sports NFT ecosystem, announced today that they are developing Anichess in partnership with Play Magnus Group (PMG), a global leader in the chess industry that offers entertainment and e-learning services via its chess market brands. Anichess is a blockchain-based chess game with a play-and-earn ecosystem, and when it launches in 2023 it will merge the worlds of chess and GameFi to create superior gaming experiences.

Play Magnus Group, founded by Magnus Carlsen in 2013, the same year he became a World Chess Champion, is focused on delivering the best online services and experiences to grow the number of chess players globally. With more than 60,000 monthly paying users, Play Magnus Group serves users worldwide and covers key areas of chess, including learning, playing, competing, coaching, and watching.

Lympo, a seasoned expert in GameFi and Sports NFTs, will lead the development and launch of Anichess, a chess-inspired blockchain-based game. The partnership with Play Magnus Group enables Lympo to access over 30 chess grandmasters, including Magnus Carlsen, Jan-Krzysztof Duda, Liem Le, and others, to advise, monitor, and test Anichess as an immersive gaming experience for experienced and casual chess players, fans, and strategy game enthusiasts.

The unique partnership will bring chess players to blockchain gaming and vice versa. Play Magnus Group will invite top chess players to support and advise on the implementation  of chess engines in Anichess to aid novice players and provide casual and experienced players with fun gameplay. Anichess will utilize Lympo’s $SPORT token as its primary utility token, which will act as a gateway to the broader Lympo ecosystem, enhancing the playing experience and value proposition of the game.

“Chess has emerged as one of the fastest-growing esports. By partnering with Play Magnus Group to create Anichess we will create unparalleled experiences for chess players, casual gamers, and fans,” said Yat Siu, co-founder and executive chairman of Animoca Brands.

“The concept of Anichess will amplify the traditional chess experience with a new phenomenal strategic layer that will produce situations never seen before. Well-established game designers, super chess grandmasters, esports stars, and casual gamers are working together to deliver an action-packed blockchain chess experience,” stated Tadas Maurukas, CEO and co-founder of Lympo.

Play Magnus Group is a global leader in the chess industry focused on providing premier digital experiences for millions of chess players and students. The company offers e-learning and entertainment services via its market leading brands: chess24, Chessable, iChess, New In Chess, Everyman Chess, Silver Knights, Aimchess, the Play Magnus App Suite, and the Meltwater Champions Chess Tour. The Group’s mission is to grow chess to make the world a smarter place by encouraging more people to play, watch, study, and earn a living from chess. Play Magnus Group is listed on Euronext Growth Oslo under the ticker PMG. www.pmg.me

Lympo, a subsidiary of Animoca Brands, is building a GameFi product ecosystem based on officially licensed athletes’ non-fungible tokens (NFTs). Lympo’s products include NFT Minting and NFT Staking Platforms as well as upcoming sports-themed play-and-earn games based on basketball management and chess. In addition to NFTs, Lympo operates $SPORT, the main Lympo ecosystem token-. Lympo holds the IP rights to more than 50 world-leading athletes, including the reigning five-time World Chess Champion Magnus Carlsen, considered one of the greatest chess players of all time. Learn more at www.lympo.io or get updates on Twitter, Telegram or Discord.