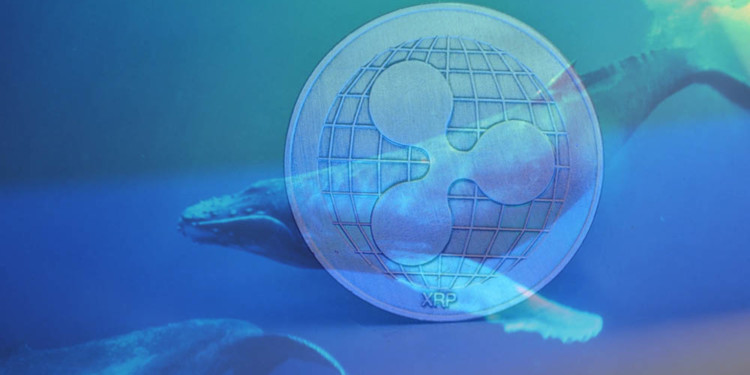 Massive Ripple transactions have caused yet another whale alert. A mystery whale moves 100 million Ripple XRP and the alarms are triggered but the whale hasn’t been identified yet.

Beware the fish! As giant transfer take over the crypto ocean’s most of the circulating crypto from one part of the blue deep to the next.

One hundred million (100M) XRP that sums to about thirty-one million ($31.2M) millions in fiat was sent from an unknown source to an unknown destination. Surreal like the exchange of assets in one of that old fashioned noir where hands aren’t even shaken at the end of a deal and you’d be better off, not to know who made it.

The traders think that that is Ripple’s doing. Giving away XRP to an institution as they felt like striking a deal. However, This speculation seems to be far fetched as the kind of Ripple wallets, that the institutions would be using are identified while their dealings are made public.

Why wouldn’t Ripple want the spotlight? Makes one wonder.

The first of the two transactions were made from a wallet of unknown origin to the Bitrex crypto exchange while the exchange that summed up seventeen million XRP was made to Gatehub, The senders still remains unknown. These transactions were carried out on Monday.

However, a Monday morning victor that was responsible for a whopping three hundred million (300,666,888) XRP transfer which has a worth of about ninety-six million dollars ($96M) took away the trophy.

The exchange was made from Bincance to, you guessed it, an unknown wallet.

Coming back to the top two: both the Ethereum and the Bitcoin Whales have been in the deep. A fourteen thousand (14,501) BTC equal to one hundred and sixty-eight million dollars ($168.6) was sent to four separate transacting parties.

A transaction worth seventy-one million dollars ($71.8) equal to three hundred thousand (308,268) ETH was made as well.