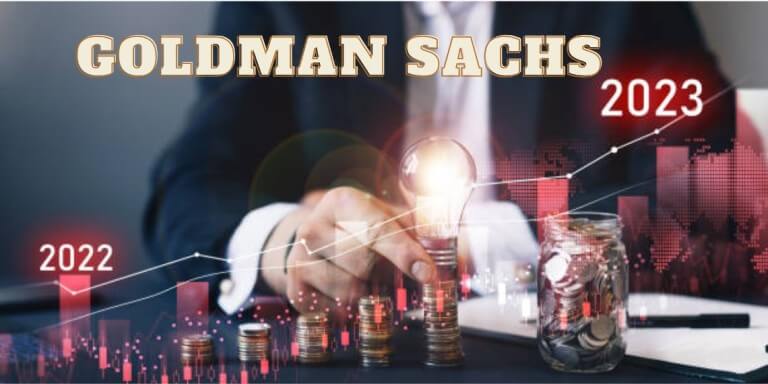 As 2022 draws to an end, a number of major investment banks have released their outlooks for 2023. According to Goldman Sachs Group Inc. strategists, equity investors hoping for a better year in 2023 will be disappointed. Goldman Sachs says that the bear market phase is not over yet.

Contents hide
1 Goldman Sachs weighs in on recession and recovery
2 The U.S. stands a chance to beat the recession
3 An anticipated mild recession in Europe
4 China set to have a bumpy market opening
5 A projection on pockets of resilience in EM early hikers
6 What about the rest of the world?

Goldman Sachs weighs in on recession and recovery

Goldman Sachs predicts a different market outlook for 2023. Through 2022, the global economy significantly slowed due to factors like a declining reopening boost, fiscal and monetary tightening, China’s continuing Covid restrictions and property downturn, as well as the shock to the energy supply brought on by the Russia-Ukraine war.

According to Goldman, the world will reportedly continue to grow at a 1.8% below-trend rate in 2023. However, they also see significant pockets of resilience in the US and some early hikers in the EM, like Brazil, as well as a modest recession in Europe and a rocky reopening in China. Here are some additional in-depth market insights.

The U.S. stands a chance to beat the recession

Due to a fading economic boost, dropping real disposable income, and aggressive monetary tightening, US growth has fallen to a below-potential rate of approximately 1% over the past year. In 2023, according to Goldman Sachs’s projections, growth is expected to remain essentially constant. Their current 2023 projection is much above the consensus.

Goldman predicts a 35% chance that the U.S. economy will face a recession within the next year. Their only immediate rationale is that incoming activity data are far from recessionary. In October, nonfarm payrolls expanded by 261k, according to the advance GDP data for the third quarter. In addition, the week of November 5 saw 225k first unemployment claims.

There are good reasons for the bank to anticipate positive growth in the upcoming quarters. They forecast that the financial conditions drag will likely reduce if Fed policymakers do not implement significantly more rate tightening than the market anticipates.

This cycle is unique in that the post-pandemic labor market overheating did not manifest as excessive employment but rather as unprecedented job opportunities. The recent normalization of supply chains and rental housing markets are a source of disinflation not seen in prior periods of high inflation, such as the 1970s, and it is just beginning to show up in the official data.

An anticipated mild recession in Europe

Consequently, rising inflation will have a negative impact on real income, consumption, and industrial productivity. Goldman anticipates continued losses in real income of 112% in the Eurozone through Q1 2023 and 3% in the United Kingdom through Q2 2023 before a rebound in H2.

The decline in timely and prospective assessments of gas-intensive European industries, such as chemicals and metals, shows that rising energy costs will reduce production. However, Goldman does not anticipate a severe European recession, barring a really harsh winter that necessitates more stringent energy rationing in the industrial sector to keep people warm in their homes.

Given this robust momentum, Goldman Sachs anticipates that core inflation in the Euro area would rise to a peak of 5.3% year-over-year in December before decreasing gradually to just around 3% by the end of 2023 due to goods deflation.

China set to have a bumpy market opening

The 2023 China forecast by Goldman Sachs is a tale of two halves, with modest growth in the first half, followed by a more marked rebound as the economy reopens. Goldman expects sluggish growth in Q4 and Q1 due to the anticipated continuation of the Zero Covid Policy (ZCP) during the winter.

Although the leadership has made it evident that it intends to withdraw from ZCP, Goldman does not anticipate the actual reopening to begin until April. This is mostly due to the fact that medical and communication preparations will require time.

Based on the expectation that reopening will initially cause an increase in COVID-19 infections, which will maintain a high level of vigilance, the corporation anticipates Q2 growth of only 2% on an annualized basis. The weak growth in East Asian economies such as South Korea, Taiwan, and Hong Kong during the first quarter after exiting the ZCP also contributes to their disappointing Q2 prediction.

A projection on pockets of resilience in EM early hikers

Several economies in Latin America and Central and Eastern Europe (CEE) began to raise interest rates much before the rest of the world. The policy rate has risen by an average of over 800bp for the nine EMs, with the earliest rate increases.

While no early hiker has made a soft landing, the activity level has typically exceeded expectations. Based on GDP growth, PMIs, and labor market statistics, the bulk of early hikers is likely still expanding.

Encouragingly, sequential core inflation and wage growth have begun to moderate across the majority of early hikers, while remaining quite high. In Brazil, the moderation in core inflation is most notable. Here, Goldman Sachs anticipates that rate decreases will begin in 2023Q2, and growth will return to its potential rate of 2% in the year’s second half.

In contrast, the economies of Central and Eastern Europe are in a more precarious condition. This indicates CEE’s susceptibility to the rise in European gas prices as well as the region’s sustained high, widespread, and, in the cases of Hungary and Poland, still-rising inflation. Therefore, Goldman anticipates that the Czech and Polish central banks will restart their rate raise efforts in the near future.

What about the rest of the world?

The most important economic question for 2023 is whether central banks can reduce inflation to more tolerable levels without a recession or at least without a severe recession. Goldman Sachs maintains a reasonable degree of optimism, but their outlook has significant risks.

One concern is that persistent inflationary pressures will force central banks to continue aggressively tightening monetary policy. The other major risk is that underlying inflation does decline, but central banks are too fixated on lagging indices of inflation, such as CPI shelter inflation, to recognize the improvement in time.

Goldman remains concerned about political and geopolitical shocks, which might impact the global economy through increased uncertainty, tighter financial conditions, and negative consequences on commodity supply. In light of this, Goldman Sachs’ cautiously optimistic forecast for the global economy remains loaded with substantial risks.