5 DeFi Solutions That Will Blow Your Mind 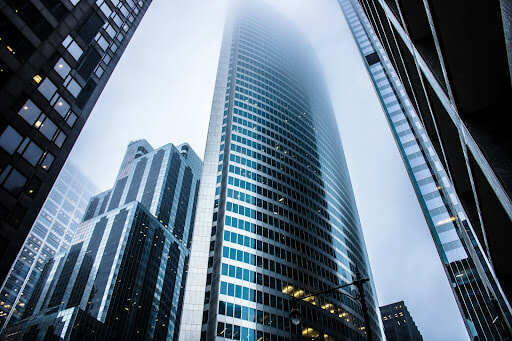 The decentralized finance (DeFi) space is red hot. For anyone paying attention in the blockchain ecosystem, the explosion of DeFi was inevitable, it just required maturation of the industry in a number of areas, including regulations, custody, scaling, and so on.

Now, we’ve reached a point where blockchain has matured significantly—it’s no longer relegated to the hobby projects of a decade ago. Rather, startups to Fortune 500 firms around the world are adopting blockchain, and DeFi is now a $100 billion sector that has grown 88x in just 1 year.

Of course, blockchain is much more than just DeFi. It’s also powering around $2 trillion worth of cryptocurrencies and even virtual worlds like Next Earth.

With that said, let’s hone in on DeFi, and look at 5 solutions that’ll blow your mind.

Uniswap is a decentralized trading protocol that doesn’t require trust.

Traditional exchange protocols, even in crypto, often required centralized order matching and settlement. With Uniswap, peers trade tokens directly with each other, and this has taken off virally. Uniswap has processed over $300 billion in volume across roughly 60 million trades, powered by tens of thousands of liquidity providers.

Uniswap also comes with over 200 DeFi integrations, which means that virtually any blockchain DApp can integrate Uniswap for trustless trading of tokens..

The protocol uses smart contracts to automatically match orders and settle trades between counterparties. This means there’s no centralized service that can go offline, be hacked, or shut down. Users don’t need to trust the platform operator with their funds because the smart contract holds the funds in escrow until the trade is complete.

Chainlink is a decentralized oracle network, which is particularly popular for financial transactions.

Chainlink is an open protocol for building universally connected smart contracts and retrieving data from any API. This is crucial for decentralized finance applications, which often need to access external data. With a traditional blockchain app, this simply isn’t possible, because they’re self-contained data structures.

For example, Chainlink can serve as an interface for external services like payment processors and identity providers that want to connect their systems to Ethereum networks.

Chainlink lays the foundation for other red-hot DeFi apps like Aave, Celsius, Arbol, and Synthetix. In short, Chainlink is how DeFi apps can communicate with the outside world in a trustless, secure, decentralized manner.

Dai is a better, smarter currency, built by MakerDAO. Unlike a centralized currency, Dai is governed by a community of token holders through the Maker Protocol, or a set of smart contracts.

Hundreds of businesses are taking advantage of this stable, decentralized currency, and MakerDAO boasts an ecosystem of over 400 apps and services that have integrated Dai.

Decentralized Autonomous Organizations (DAO) were created as a way for investors to put their money into projects built on top of the blockchain without having to trust a third party with it. In fact, every participant in the DAO has complete control over their own funds at all times via smart contracts and cryptographic signatures (and cannot steal them).

What makes Dai so interesting is that it’s a currency governed by the people, rather than a centralized authority. Sure, Bitcoin and Ether can be seen as currencies as well, which are accepted by thousands of retailers – but there’s one glaring problem with them: They’re far too volatile.

Instead of competing with the likes of Bitcoin or Ether, Dai competes against the likes of the US Dollar, or even hyper-inflating currencies that need an alternative, like the currencies of Venezuela, Sudan, Zimbabwe, Iran, the Congo, Argentina, Angola, Libya, Syria, Suriname, and many others.

0x is the liquidity endpoint for DeFi. Decentralized finance, just like traditional finance, requires liquidity, or the ability for buyers and sellers to seamlessly connect at any time. Imagine a stock market where you place a market order, and no one’s there to take it. That’s an example of illiquidity, and this hurdle must be overcome to make successful financial applications.

DeFi applications can use the 0x API, a professional liquidity aggregator, to add liquidity to their applications. By using smart order routing, the 0x API splits up transactions across decentralized exchange networks to be filled with the lowest.

0x works across DEX networks, uncluding Uniswap, Oasis, Curve, Bancor, and more. Further, 0x boasts uptime close to 100%, with 1.5 second response time and an incredibly low revert rate of 2%. In short, 0x is empowering the DeFi ecosystem with true peer to peer liquidity, which makes it very worthy of this list.

Aave is a new lending open source DeFi liquidity protocol that lets you earn interest on deposits. With around $20 billion in liquidity, Aave is leading the pack.

Aave is a protocol built on top of Ethereum that allows users to create loans and earn interest. The protocol uses smart contracts which are automatically executed by the Ethereum blockchain to determine whether or not a loan should be granted, how much money should be lent out, and at what interest rate.

Users don’t need to trust any third parties with their funds because the smart contract holds the funds in escrow until the loan is repaid. In addition, Aave allows users to take out multiple loans at once without having to make separate transactions for each one since all of them will be processed together by smart contracts executing simultaneously on every node in the network.

Ultimately, there are hundreds of exciting DeFi projects out there, so there’s no way we could cover them all, but these are a good starting point to explore the space.