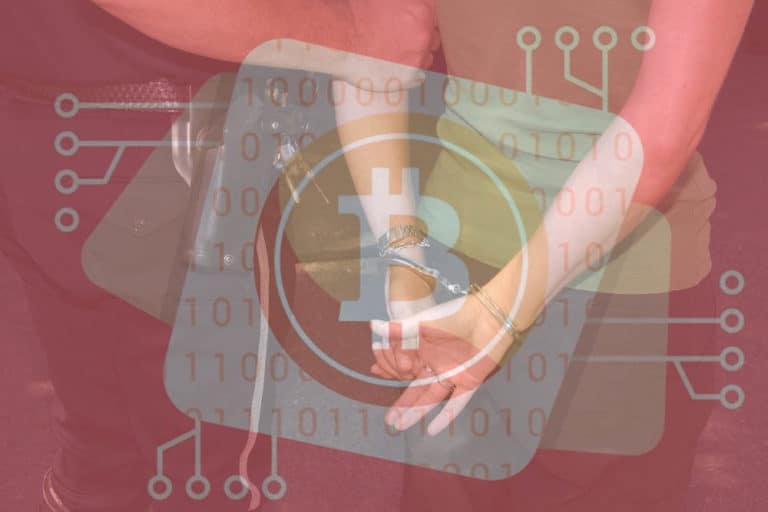 Bitcoin blockchain tracking has made it possible for the authorities across the globe to help bring down a heinous ring of pedophilia and child pornography.

The United States Department of Justice was able to take down an entire database of child pornography on the dark web namely; Welcome to Video.

Reportedly, more than three hundred (340) arrests in more than thirty-eight countries have taken place after the discovery of the horrifying and disturbing website. The countries included the UK, Canada, Saudia Arabia, Czech Republic, Ireland, Germany, the UAE, South Korea, Spain, and the US to name a few.

UK’s National Crime Agency with its international crew was able to take down the website. It was discovered that the website streamed over two hundred and fifty thousand (250,000) videos with over a million (1M) downloads.

The horrific and graphic content, with the website creator based in South Korea, was even earning monetary compensation – all through a singular medium – Bitcoin. Referring to that initial question, Bitcoin in the modern world is often exploited to carry out the most horrifying acts such as this, and it is no longer uncommon to do so.

Bitcoin, initially launched in 2009 by an unknown man with the pseudonym Satoshi Nakamoto, was unknown to the masses at the time of its initial release. In today’s world, the blockchain technology, peer-to-peer networking, and the most popularised word- cryptocurrency is no longer foreign.

Bitcoin is an advancement in the modern world that has aided in more freedom of transactions by its decentralized nature. However, has its freeing nature solely been used for the community’s benefit? Is the only thing coming out of Bitcoin- good? Finally, have the alarming crime rates been able to taint the clarity in the system? The answer to the last question is: Yes.

However, even though the cryptocurrency was being used to fuel disturbing acts, it was able to help take down one of the largest child pornography databases. The takedown did not occur through intricate hacking systems or surveilling encrypted communication, but by tracking Bitcoin transactions.

The investigation which took place in August of the year 2017, revealed transactions of cryptocurrency on the darknet. The tracking of these funds was able to uncover the ferocity of Welcome To Video, the Tor online-based child pornography website which only accepted payment in the form of Bitcoin. The website initiated in June of 2015 and was shut down by local authorities in March of 2018. However, investigations did not halt there.

Bitcoin blockchain tracking against crime in the US

The United States Department of Justice hand-in-hand with South Korea and United Kingdom Officials in conjunction with the Internal Revenue Service Criminal Investigation and Homeland Security proceeded to try and locate the culprits. The US and South Korean authorities were able to discover eight terabytes of data during their inspection. These investigations have led to the seizing of numerous pedophiles.

Bitcoin blockchain tracking against crime in the UK

In the UK, eighteen (18) investigations were initiated, and seven criminals were convicted using Bitcoin blockchain tracking. This included a twenty-two-year-old man who raped a five-year-old and appeared on the website for performing the same horrific acts on a three-year-old girl.

A geophysicist, Dr. Falder is now serving a twenty-five-year jail sentence after admitting to a hundred and thirty-seven (137) offenses including encouragement of the rape of minors, and sharing images of a newborn baby being abused.

National Crime Authority’s Cyber Crime Unit was able to identify the owner as twenty-three-year-old Jong-Woo Son. His website made money by charging an emolument in Bitcoin. They did so by providing each individual with a specialized wallet address during the signup process.

Although Jong controlled the website as a Tor hidden service, his mistakes led him straight to law enforcement. To exemplify, the website contained two unhidden IP addresses run by a South Korean internet service provider with an assignment to the account that gave services to the culprit’s home. Agents were able to locate the server that ran Welcome to Video upon searching his residence.

Law enforcement also played their tricks; they sent little amounts – around a hundred and twenty-five dollars to two hundred and ninety dollars ($125 – $290)  – to the wallet the website displayed for payments.

Since the clarity of Bitcoin blockchain tracking is possible since the Bitcoin blockchain allows verifiability, they were able to view the payments being conducted to another wallet. This second wallet was registered to the culprit, coupled with his email addresses and his private phone number.

Through this Bitcoin blockchain tracking method, they were also able to track down users of the website as well, since cryptocurrency exchange requires verification of identities. It was estimated that the website received three hundred and fifty-three thousand dollars ($53,000) through the transactions it made. The sloppiness displayed by Son and his website’s users disregarded the need for advanced forensic or investigative techniques beyond Bitcoin blockchain tracking.

Son was charged with a total of nine accounts in the US on the 16th of October and has been jailed in his own country. However, not all users could be identified. The site had a million users, with only about three hundred and forty arrested.

The Bitcoin blockchain tracking investigation was also only able to retract email addresses and no other form of digital communication. For these reasons, Facebook too was urged to not implement end-to-end encryption on Messenger as it is almost vital when investigating child abuse.

It is a victory for all investigators involved that they were able to crackdown such a graphic, abusive and revolting database, taking steps to combat the exploiting of minors and children. The information gathered through the Bitcoin blockchain tracking will potentially aid personnel in tracing abusers and pedophiles for the times to come.

While Bitcoin initially appeared to aid the spread of such poison, in the end, it was able to help take-down such heinous content, re-earning its title of a beneficial means of transaction.