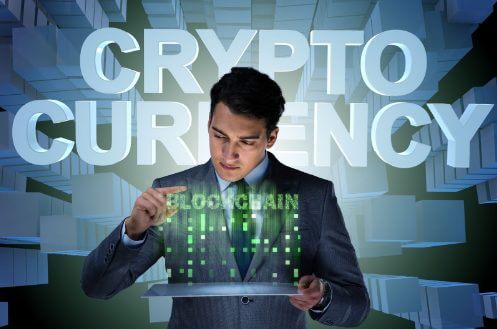 The cryptocurrency market can be very volatile. The prices that were high in one year could operate very differently the following year. The few exceptions would probably be Bitcoin (BTC) and Ethereum (ETH), which remain in the top two spots of the cryptocurrency list according to market capitalization.

But crypto’s volatility also means that the big gainers of next year are already in the market today, just waiting for investors to scoop them up. We’ve identified four cryptocurrencies that we believe could generate major gains for individuals and institutions that buy into them today. For solo investors, particularly, these four cryptos could offer an opportunity to build an early retirement plan for 2023.

Our fourth and perhaps most important pick is Uniglo (GLO), the new Ethereum-based DeFi project that operates with a special community asset vault. Uniglo introduces to the market its native token GLO, a social currency that will be underpinned by a range of digital currencies and digitized real-world assets.

Investing in Uniglo now could provide gains in three ways:

In the short-term, investors will gain during the upcoming launch of the Uniglo project on October 18. Currently, the project is still in its initial coin offering (ICO) and selling at a discount. Once the project launches and starts trading on Uniswap, the price of GLO could skyrocket.

In the mid-term, the Uniglo platform will commence its dual-burn process which includes a standard token burn for each buy-and-sell transaction and features the Ultra-Burn Mechanism that drives down the supply of GLO in the market.

And in the long-term, loyal GLO holders will receive rewards and yields from the sale of digital assets that are purchased and eventually sold. As members of the Uniglo community, GLO investors also own a fraction of the assets contained in the Uniglo Asset Vault.

You could also augment your retirement plan with Ethereum Classic, which is the blockchain-based distributed computing platform that is said to be the original version of Ethereum. It operates with a Proof of Work consensus and will remain that way even after Ethereum’s “merge.” Experts predict that miners from Ethereum that will lose their purpose after the merge will find a place in Ethereum Classic, which will drive the value of ETC.

Uniswap could also help you retire by 2023. It is the leading decentralized cryptocurrency trading protocol that is built on top of Ethereum. As more digital assets and distributed projects enter the Web 3.0 economy via Ethereum, trading digitally is becoming increasingly essential. As such, Uniswap could gain exponentially in the next 12 months.

If you invest in KuCoin today, you could have an additional strong contender to build your retirement plan. Similar to Uniswap, KuCoin is an exchange platform where users can buy, sell or store their digital currency. KuCoin operates with a  profit-sharing model, rewarding users for every transaction on its network, offering a discount on trading fees, and paying dividends.

The Uniglo project is nearing the end of its ICO. If you want to grab an opportunity for wealth accumulation that could let you retire by 2023, we suggest you invest now in Uniglo and the other three cryptocurrencies we mentioned above.