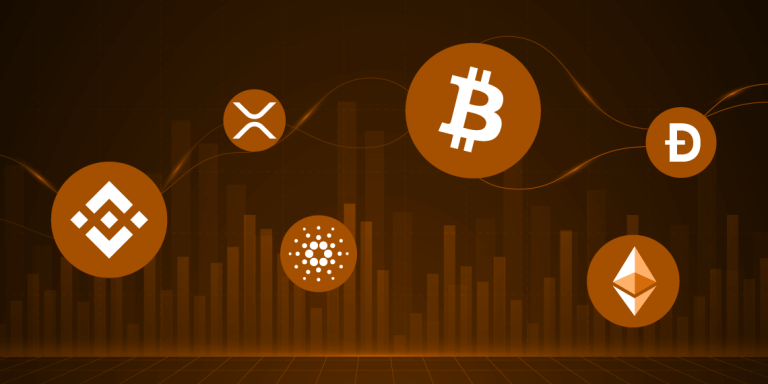 According to our weekly crypto price analysis for 26th November, the crypto market seems to be trading in a consolidation phase. Bitcoin is holding above $16,000, but still, it has not shown any sign of a breakout. As per our last weekly analysis for 19th November BTC was expected to remain within the range bound zone between $15k – $18k and as long as this consolidation phase continues, BTC could be expected to remain range bound between $15,000 – $18,000 levels.

Although Bitcoin and other major altcoins are seeing a relief rally, selling pressure is likely to resume at higher prices. FTX’s recent collapse has had a significant and detrimental effect on the cryptocurrency market. Many investors are spooked and uncertain about what will happen next. However, although it may take some time, things could actually end up improving because of this event. According to Chainalysis, a Blockchain analysis firm, crises like these have happened before in the crypto world but each time they emerged stronger than before. After Chainalysis’ research lead Eric Jardine compared FTX to Mt. Gox, he arrived at the conclusion that.

Bloomberg Intelligence exchange-traded fund (EFT) analyst James Seyffart stated that there was nearly a hundred percent chance that the Grayscale Bitcoin Trust (GBTC) held the Bitcoin it claimed. He continued by affirming GBTC’s liquidity. According to him, GBTC was the world’s largest stablecoin. He continued by stating that there were no redemptions for Bitcoin in the GBTC and hence its stability could be attributed to this fact.

Bitcoin has been trading below the $16,000 level for the past week and it is currently trading around $15,500.0. The immediate support at this level is around $15,500 and further down, it could find stronger support near $15,000k levels. BTC could be expected to remain range bound according to our weekly crypto price analysis until the price breaks out of the range or falls below $15,000 levels.

The momentum indicators are showing that BTC/USD is likely to fall lower as the weekly RSI indicator is currently below 50 levels and the MACD line is below the signal line. The crypto’s price could fall towards $14,500 before trading sideways within the range of $15k – $17k for a few days.

Ethereum is still trading near the $1,200 level according to our weekly crypto price analysis and although it continues to face selling pressure at these levels, ETH could be expected to remain range bound between $1,100 and $1,300 levels. The immediate resistance at this level is around $1,250 while the crucial support is near the $1,110 mark.

The technical indicators on the weekly chart are currently in favor of Ethereum as the MACD and RSI lines are headed upwards. If ETH/USD continues to climb higher, it could break out from the range-bound zone and reach the $1,600 level soon before consolidating near the resistance level at $1,300 or moving down toward the $1,100 level.

Binance Coin has been progressively climbing higher during the past week and it is currently trading around $22.80 according to our weekly crypto price analysis. BNB could be expected to trade within a range of $280-299 levels in the near term as long as BTC’s momentum does not improve significantly.

The technical indicators on the weekly chart are favoring Binance Coin as both the Relative Strength Index (RSI) and MACD are heading upwards. If BNB/USD continues to make gains, it could break out from the range-bound zone and continue its upward trend toward $300 level in the coming weeks.

According to our weekly crypto price analysis, XRP has been trading below the $0.40 mark for the past week. It is currently trading near the $0.28 level and it could be expected to remain sideways in the near term until Bitcoin’s momentum improves significantly.

The technical indicators on the weekly chart are all indicating that XRP/USD will likely continue to trade within a range for some time, perhaps till the end of Q1 2022. The MACD line and RSI indicators are both heading lower and could point toward a bearish trend. However, if XRP/USD breaks out from the range-bound zone, it could continue climbing higher to test the resistance levels at $0.30 or even $0.40 in the near term.

Dogecoin rebounded off the support at $0.07 on Nov. 21, indicating that the bulls are trying to establish a higher low at this level. According to our weekly crypto price analysis, the altcoin could be expected to range between $0.07 and $0.10 in the near term as long as BTC’s momentum does not improve significantly.

The technical indicators on the weekly chart are all pointing toward consolidation for Dogecoin as both the MACD line and RSI are heading downwards. The relief rally has reached $0.09 and the bulls are likely to encounter strong resistance from the bears. If the price turns down from the current level, the DOGE/USDT pair could remain range-bound between $0.07 and $0.09 for some time.

On the other hand, if ADA/USD fails to cross the overhead resistance at $0.33 and breaks down from $0.30, it can drop to the next support at $0.28 or even below it. The trend will turn bullish if the pair breaks out and sustains above $0.40.

The downsloping moving averages indicate that bears have the upper hand but the RSI is forming a bullish divergence, which suggests that the selling pressure may be reducing. The first sign of strength will be a break above the 20-day EMA. The ADA/USDT pair could then attempt a rally to the 50-day SMA of $0.36 and subsequently to the downtrend line.

Instead, if the price turns down from the current level or the 20-day EMA, the pair could extend its downtrend and drop to the support line.

Based on the weekly crypto price analysis, the market seems to be consolidating as most of the cryptocurrencies trade around support levels. If this trend continues, we might be in a short-term bearish market. Many of the cryptocurrencies are feeling the effect of being highly overbought and investors should keep an eye out for any sign that the markets might come down. On the flip side, there are several advancements taking place in terms of blockchain implementation which could push prices up further.