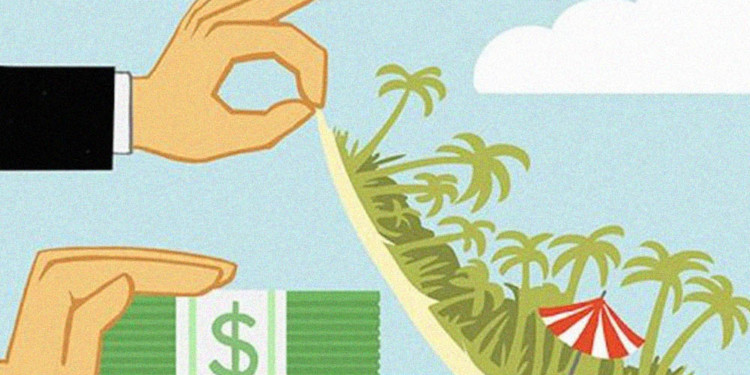 The U.S has become the new dirty money tax haven for criminals and mafias, Oliver Bullough reveals in his latest report for the esteemed British media outlet the Guardian.

Oliver Bullough, an investigative journalist at The Guardian, is researching how the rich become richer through the use of illegal means such as money laundering and corruption, etc. Bullough was speaking to Jordan Harbinger on the podcast show.

Through his investigation, he discovered that money is slowly taken away from the public of many nations systematically, and this cripples the already weak communities across the globe.

He is currently working on his new book “Moneyland: The Inside Story of the Crooks and Kleptocrats Who Rule the World.” He lived several years in Russia when he discovered the global industry of money laundering.

He discovered that money was not only being stolen from a different place but also that the place where the money was being spent was different from where it first flowed into.

For example, money from Russia will be stolen by the British Virgin Islands but then spent in New York or Paris. This was a huge problem that clutched not only a few countries but the entire globe itself.

These global incidents are not myths as we have seen previous examples in the Troika Laundromat scandal that involved the United States and Europe, allegedly pulling billions from Russia through less than legal methods. The scandal also involved a lot of notable institutions as well as banks including the Deutsche and Danske Bank.

Laundromats that are complex system established for the rich to increase their wealth through illegal investments, money laundering as well as tax evasion as well as other illegal activities.

Bullough here wants to expose the fundamentals of these Western countries and how they are robbing the rest of the world. However, he also believes that the problem will become much greater before it is eventually solved.

He also states that the rich are using any and every type of financial asset to hide this illegal money, including cryptocurrencies and other digital assets.