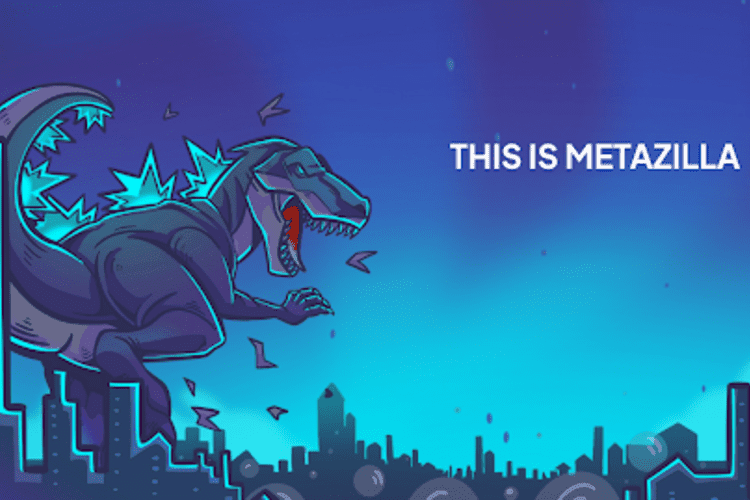 What is the MetaZilla Project?

MetaZilla is a community-driven project born out of the combination of the city-destroying beast Godzilla and the realm beyond reality called the Metaverse. The MetaZilla project had one objective in mind from the start and that is “The conquer and conquest of the Metaverse” through any means possible. It is operated by a team of 6 ambitious members having various experiences, backgrounds and skills in the cryptocurrency industry and have been able to deliver constant and necessary updates to the MetaZilla project and community. The MetaZilla project has grown quite in size as of time of writing, currently featuring a play-to-earn game called “Destroy the Fudders”, a community composed of over 18,000 holders and an NFT Collection that is about to be released alongside an NFT marketplace built on top of the MetaZilla website!

The Birth of MetaZilla

During the early days of the MetaZilla project, the team and community had been communicating and working together constantly to envision the future of the MetaZilla project and how it will come to accomplish the goal of conquering the Metaverse, to that end various development and marketing plans had already been made and initiated. Without any haste, the team went on to update the MetaZilla Brand reflecting the vision of both team and community, documented the road that MetaZilla will be following on its Whitepaper and initiated the massive marketing strategy, which was then followed by an immediate attempt to break the all time high price!

The first play-to-earn game developed by the MetaZilla team is called “Destroy All Fudders”, it is a “shoot em up” themed arcade game where the objective is to get a high score on the wallet leaderboard shared with other $MZ token holders!

In order to be eligible to play the game, you will need to hold a minimum of 5,500,000,000,000,000,000 $MZ tokens in your cryptocurrency wallet, which can be obtained through Pancakeswap, after which you will need to connect your wallet to the website. Once connected, the objective is to destroy as much fudders as possible by manoeuvring your MetaZilla and shooting the fudders with MetaZilla’s Beams of Destruction before getting overwhelmed by the endless waves of FUD, to have the game ended and only as ready to give it to the Fudders all over again!

Your score is calculated by the amount of Fudders you take down and if you manage to score in the top 30 wallets on the leaderboard, then you are eligible for a prize reward in $MZ tokens.

They are airdropped directly to your wallet and the amount of $MZ tokens you earn are related to your ranking on the leaderboard, which means top scorers will earn more $MZ tokens and as the project appreciates in value, the reward’s value will only increase!