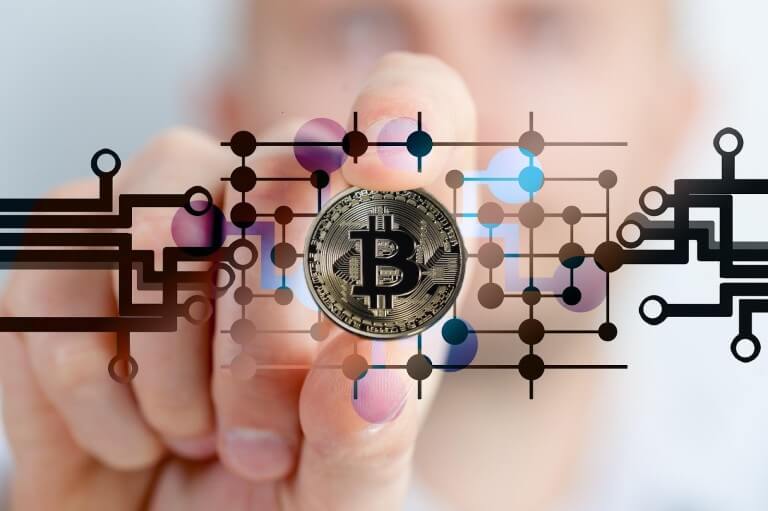 Rubin, a sophomore in computer sciences, came up with an idea for the project after being involved in a legal battle against the New Jersey attorney general. Rubin recalls Rubin’s creation of Tidbit, a cryptocurrency mining program. However, the state thought that Rubin was actually “installing malicious software on people’s computers”.

He was awarded an innovation award for his project but cryptocurrency was still very young in 2014. Bitcoin’s popularity as a payment system for illegal transactions via the dark web was particularly problematic.

How two MIT students brought Bitcoin into the mainstream

Rubin teamed up with Dan Elitzer from MIT’s Sloan School of Management, an MBA student. In a matter of months, the pair had amassed half a multimillion dollars in donations from MIT alumni as well as other supporters interested. Rubin and Eitzer used the funds as a way to give $100 worth of Bitcoin to any MIT student who was interested. It involved 3,108 students.

Rubin stated that “we wanted Bitcoin to be out in the wider world more, and to spread technology.” “We also wanted the opportunity to research what it takes to distribute a brand new asset.”

In order to receive Bitcoin, participants had to complete a questionnaire. Setting up one’s crypto wallet was more complicated in 2014 and many students offered their help.

Van Phu, a former student, and the co-founder, of crypto broker FloatingPoint, offered the service for students who were not able to open their own wallets. Phu said, “A lot of students would pay the rest of the Bitcoin if they set it up for them.”

But the bitcoin Phu accumulated with his labor was quickly lost at a local sushi joint. It was the only restaurant that at the time accepted digital currency. “I spent most of my crypto on sushi.”

Rubin was interested in starting the Bitcoin experiment at MIT due to frustration over the lack of knowledge about cryptocurrency and Bitcoin in general. Cryptocurrency has become the forefront of finance only in recent years. Bitcoin and cryptocurrency in general, particularly, were still poorly understood just ten years ago.

Bitcoin’s early users were described by research paper helper as a “cypherpunk,” a neo-anarchic bent. Many of them used their deep knowledge of computer science to pursue their own ends. The token’s intimidating reputation of anonymity and avoiding traceability as well as its complicated transaction system created an aura of fear that repelled many technology users.

This sentiment is evident in Rubin’s New Jersey attorney general’s probe. He was accused of hacking for his passion for developing crypto-currency software.

Bitcoin’s early mysteries were also ignited by one crucial fact. There was no identifiable face or name to link to the coin’s creation. Bitcoin enthusiasts and developers could only point to a false identity, a pseudonymous person as the originator of the token. “Satoshi Nakamoto” was that identity.

Although the name “Satoshi Nakamoto” is generally credited as the founder of Bitcoin, further investigation revealed that there was no biography or personal information.

Satoshi Nagmoto was linked to Bitcoin in 2008 after a paper titled Bitcoin: A Peer-to-Peer Electronic Cash System was published. The paper laid the foundations for cryptocurrency. It explained the fundamentals of how digital currency would function. Bitcoin’s website says that Nakamoto invented Bitcoin from Wei Dai’s idea.

The Bitcoin website claims that Bitcoin is the first to implement a concept called Cryptocurrency. It was first described by Wei Dai, a cypherpunks member, in 1998. He suggested the idea of an innovative form of money that relies on cryptography to manage its creation and transactions rather than a central authority.