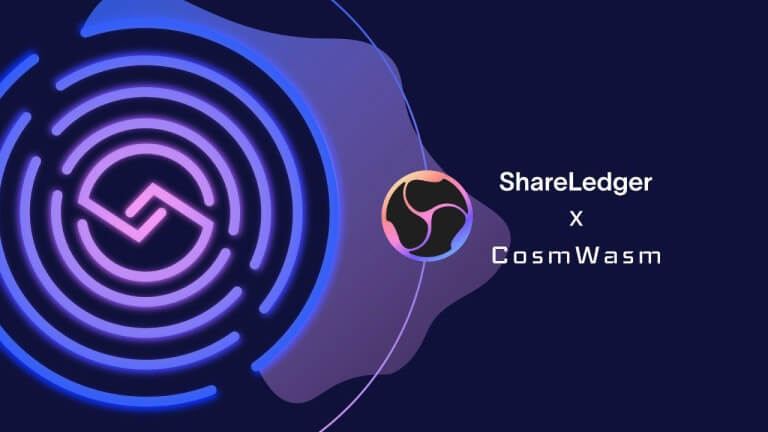 The latest CosmWasm integration is the first of several other steps ShareRing, a digital identity blockchain ecosystem, is taking in order to provide frictionless access to goods and services. This new integration will lead to advanced smart contract functionality, cross-chain interoperability, and more flexibility in implementing smart contracts on ShareLedger.

During the upcoming four weeks, the team will be sharing a series of blogs covering CosmWasm, Smart Contracts, and ShareLedger. This recent update is the first of several other releases and is an introduction to ShareLedger integrating CosmWasm, and ShareRing’s journey to a seamless digital future.

Web2 has mainly focused on centralization, greater convenience, and more flexibility when facilitating access to goods and services. The landscape had been fraught with considerable gaps in privacy, security, and control, while also being fragmented. As explained in the announcement, ShareRing will be positioning ShareLedger as the main choice for Web3 architects to enhance access to goods and services, while reducing the friction that exists in a web2 ecosystem through leveraging verifiable credentials, NFTs, and Soulbound tokens.

In progression towards the primary goal of decentralization to support frictionless access to goods and services, CosmWasm is the first step towards achieving that vision.

Now, not only are software developers able to implement their immutable and irreversible smart contracts into ShareLedger, but CosmWasm also aims to ensure the reliability of chain agnosticism, and improved interoperability between smart contracts, because they are able to run on multiple chains.

As previously reported, ShareRing’s purpose is to remove unnecessary friction throughout the world, and digital identities is a viable vehicle that may help accomplish this.

Tim Bos, CEO at ShareRing, has previously stated that Over the years, there’s been a trend for large companies to host more and more data about users in their data warehouse, for the purpose of providing you with a ‘better service’.

“But as a user, you still need to give all of your personal information to a new company every time you sign up with them. And far too often, a hacker gains access to, and leaks (or sells) this information.”

These data security and privacy issues pose one of the main problems that ShareRing aims to address; “an issue that has arisen in the Web2 era of the internet which has led to the loss of autonomy on our personal data.”

Without the ability to effectively manage your digital identity and footprint, your rights to privacy and ownership of data are basically at the mercy of third parties.

Self-sovereign data has been at the “core” of ShareRing‘s vision and philosophy, ever since its inception, and with the “reimagining” of the ShareRing brand, the company says it is now placed at the forefront of how ShareRing envisions seamless access with digital identities for Web3.

With the move, users are able to create their verifiable digital identity (ShareRing ID), store their credentials and assets inside the ShareRing Vault, and manage their digital footprint; all of this is accessible via the app.

Their latest branding is a reflection of ShareRing’s vision for a world that’s “built on trust, where digital identities provide frictionless access to services and goods in a verifiable manner.”