The Ripple price is bearish today, as the market price sank below $1.10 support after a brief test of upside. As a result, we anticipate XRP/USD to continue to fall later today.

The overall market traded with mixed results over the last 24 hours. The market leader, Bitcoin, gained  3.45 percent, while Ethereum gained 3.78 percent. Meanwhile, Binance Coin (BNB) was the top performer, with a gain of more than 15 percent.

XRP/USD was trading in a narrow range of $1.07 to $1.13, with little change over the last day. Trading volume has decreased by 2.36%, and it stands at #$87 billion, while the entire market value is about $50.45 billion, putting it in the sixth position globally.

On the 4-hour chart, Ripple’s price has been taken over by bearish momentum during the last several hours, likely resulting in further losses today. 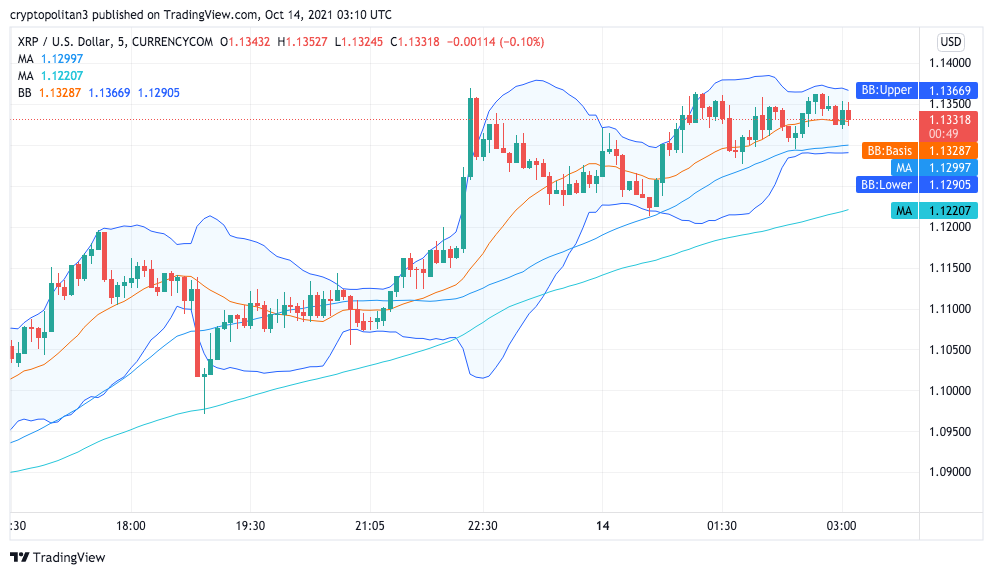 Ripple’s price surged in the early part of October, with significant bullish momentum. In about a week, Ripple’s price increased by almost 40%, from the previous low of around $0.90 to the new swing high of $1.23.

On the other hand, on October 10, a bullish trend came to an end. Bears took XRP/USD lower towards the previous swing low of $1.10 in a strong downturn. A consolidation occurred around yesterday’s support.

It appears that bears are regaining control following a modest reaction higher to $1.12 this afternoon, which suggests that bulls are regaining power. However, there was another sharp decline over the previous hours, indicating that we may see additional selling later today.

Ripple’s price is bearish right now, as more downside has been observed in recent hours after a modest rebound from $1.10 support. As a result, we believe the XRP/USD pair will continue to fall over the next 24 hours.

While waiting for Ripple to move further, read our guides on Best NFT marketplaces, NFT history, and development, as well as NFT Music.