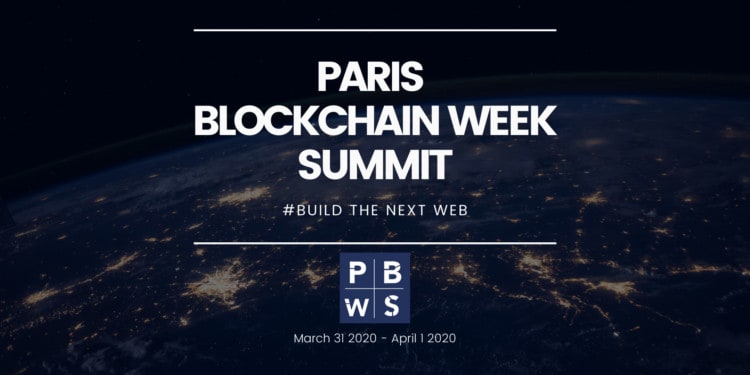 Changpeng Zhao (CZ), Founder and CEO of Binance, announced as the headline speaker for leading emerging technology event in France

Paris, France – February 18, 2020 – Paris Blockchain Week Summit (PBWS), the first international conference held in France dedicated to professionals in the blockchain and crypto-assets space, has announced its 2020 agenda, including headline speakers and topics for its upcoming event on March 31st – April 1st, 2020.

Following a successful first edition in 2019 that brought together prominent global figures in technology, politics, business and finance, PBWS 2020 will take place at Station F, the world’s largest start-up campus and incubator. The agenda for the event will focus around four primary tracks: Technology, Open Finance, Enterprise Blockchain and Public Policy.

Set to deliver the headline keynote at this year’s event is renowned blockchain luminary and founder of the world’s largest cryptocurrency exchange by volume, Changpeng Zhao (CZ), Founder and CEO of Binance. CZ will deliver a headline keynote at the event on how blockchain is transforming business operations, and organisations are becoming increasingly focused on decentralization and open collaboration.

Karim Sabba, Co-Founder and Co-Host of PBWS, commented: “This year’s conference will focus on trends that are pertinent to the industry – with a particular focus on open finance, technology and real enterprise use cases which will play a crucial role in the development of the industry. The blockchain space as a whole has made major strides within the last year, especially in regards to enterprise adoption and tangible use cases. With leaders across verticals slated to take centre stage, PBWS is going to be an unmissable event.”

Speaking slots at the event will centre around the following topics and more will be announced soon:

Pauline Adam-Kalfon, Partner Blockchain & Financial Services at PwC, concluded: “As the first major blockchain event in France, PBWS is paving the way for the future of emerging technology and digital assets in Europe and beyond. 2020 will undoubtedly be a big year for the ecosystem, particularly in regards to enterprise adoption, and PwC is thrilled to be a part of this event.”