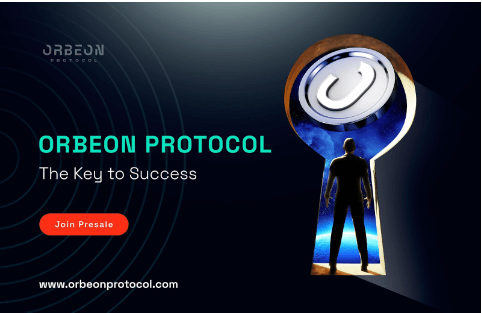 Traditionally, venture capital has always been seen as a preserve of high-net-worth individuals. This was due the minimum investments and perceived expertise needed to participate in early stage funding rounds. However Orbeon protocol, currently in its presale phase, has reinvented venture capital and crowdfunding on the blockchain. Now anyone will be able to invest in vetted early-stage start-ups from as low as $1.

Ripple has been embroiled in a lawsuit with the US Securities and Exchange Commission for the better part of the last two years. But over the past few months, Ripple has had a series of small wins highlighting the SEC lawsuit’s weaknesses. And in another development, Ripple Labs’ lead engineer Nik Bougalis left the company in October after nearly a decade.

Despite all this, Ripple (XRP) is still the sixth-largest crypto in terms of market capitalization. Ripple (XRP) has gained a little over 42% in the last month. And this came on the heels of Poly Network announcing that it will integrate Ripple (XRP) Ledger into its protocol to facilitate cross-chain transactions and cross-border payments. Although it has been in a consolidation phase throughout October, Ripple (XRP) formed a golden cross for the first time in 16 months.

And even as whales accumulate about 290 million XRP over the past three months, Ripple (XRP)’s trading volume has remained fairly constant. But going forward, XRP’s price entirely depends on the outcome of the SEC vs. Ripple lawsuit.

Alongside Ripple, Stellar Lumens is one of the largest crypto projects focused on connecting the world’s financial systems. Its native currency, XLM, is the intermediary currency for operations and is used to pay transaction fees throughout the network. Stellar (XLM)’s network’s protocol converts one type of fiat currency into Stellar (XLM) and then into the requested fiat currency.

How does Orbeon (ORBN) work?

Orbeon Protocol is one of the world’s first venture capital and crowdfunding blockchain platforms. It’s built on Ethereum and will soon bridge onto Solana, Binance Smart Chain, and Polygon. The platform is powered by its native token, ORBN. Currently in the 1st presale phase, only 40% of the total 888 million ORBN are available during the presale, stated to end on January 14, 2023.

Orbeon Protocol functions by minting NFTs of  unique startup opportunities then fractionalised, meaning investors can buy into them for as little as $1. This new innovation democratizes the venture capital industry, and also allows early stage firms to raise capital seamlessly, while simultaneously building their community.

It’s worth noting that the Orbeon protocol has been audited by Solid Proof and has also put measures in place to safeguard investors’ interests. The entire liquidity pool will be locked for ten years, preventing rug pulls. All start-ups looking to raise capital on Orbeon Launchpad will be thoroughly vetted, and all businesses on the platform will be subject to the ‘Fill or Kill’ mechanism. This means that investors are fully refunded if the project doesn’t meet its fundraising goals.

ORBN gives the token holders access to exclusive benefits within the Orbeon ecosystem including staking and governance. Investors with ORBN can participate in private token swaps, transaction and trading fee discounts, participation in exclusive investor groups, and be given first access to upcoming funding rounds.

ORBN is currently priced at $0.004, with analysts projecting a 6000% surge during the presale phase. If you’re interested in buying ORBN tokens, you can purchase them directly from Orbeon’s website.