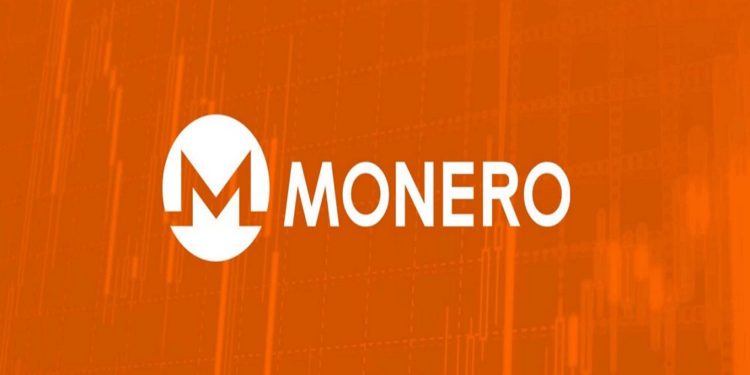 Monero (XMR) has steadily grown into one of the most sought-after cryptocurrencies. What makes it stands out from other crypto is that despite the anonymous nature most crypto promises, Monero is one of the few that truly offers anonymity.

Table of Contents HIDE
1. Monero Mining: What is Monero (XMR)
2. Is mining Monero profitable?
3. How can I mine Monero?
4. Monero mining software
5. Monero mining hardware
6. Steps to mining Monero
7. Monero cloud mining
8. How much Monero can be mined in a day?
9. What are the current Monero developments?
10. Frequently Asked Questions

Monero Mining: What is Monero (XMR)

Monero is a crypto that strives for anonymity, it is easy to use, and it allows monero miners generate xmr coins with only a cpu enabled device. You can mine as a solo miner or part of a monero mining pool. All they need is simple miningsoftware. It is similar to zcash mining; it works with botnet and claymore miner.

A direct answer would be yes. What makes mining Monero profitable is its cryptographic algorithm that resists people with sophisticated computers so they won’t gain a monopoly of its mining. Mining is older than crypto exchange. Cryptocurrency mining started with bitcoin mining, then ethereum mining. Today almost every digital currency offers an opportunity for mining crypto with the use of diverse mining tools like amd gpu or mining apps. Compared to miningbitcoin, monero offers a better solution to make mining cryptocurrency. Monero mining is easy; with your cpu computer or Nvidia gpu you will be able to get a block reward.

This article contains some useful guide on every you need to know about how to mine monero.

With the rise in the number of Monero miners, it becomes tempting to join the bandwagon, but before you do, let’s check the pros and cons of Monero.

How can I mine Monero?

It is simple; you can easily get a minable GPU from Whattomine.com. All you need to do is enter the right details and start calculating hash rates based on the appropriate different hardware.

Overall, AMD cards are way better than Nvidia GPUs in some mining algorithms. A good example is Crypto Night.

If you are still wondering ‘how to mine Monero’ for starters, you need mining software to help you carry out solo miningor part of a mining pool. The CryptoNight proof-of-work algorithm for Monero means it can be mined on CPUs, without setting up a mining rig. It also supports GPU mining which’s probably why monero coin is one of the popular solo mining.

Monero mining, is not different from other crypto mining. Despite the availability of different monero mining software it also requires some hardware (not necessarily an entire mining rig). Here are some of the things you need to mine an XMR coin or monero block:

You will find multiple software to mine Monero. Here are some software and the matching GPU configuration that works best.

There are different software available for mining Monero. Some of the popular ones include:

Before downloading the software, ensure that your computer has the required GPU; installation is easy and aided.

Joining a pool of miners (by entering an address) is very important if you want to make a profit from mining. More miners mining means a higher hash rate, and a higher hash rate means better profit. You will be asked to pay a pool fee before you are given a pool login and pool address. Cpu is enough to start, as that is what the monero network stands for; it allows a cpu miner to mine with a simple mining app, and monero address, unlike bitcoin miner.

With just a little fee, you will be allowed to join a community/pool of miners. This, in turn, will allow you to enjoy the regular income. Some popular mining pools are Monero Pool, MineXMR, Dwarfpool, and Nanopool. MineXMR, for instance, offers one of the lowest mining fees and minimum latency.

Once you have joined a miners pool, the next step is for you to enter your wallet address. If you don’t already have a wallet, you need to set one up.

Before you start CPU mining, you must already set up the relevant CPU config file. Doing this is simple, go to the install setup location, you will see a CPU text file; if there are 8-core chips, your input will look like this.

You can also optimize all the cores so it will mine only Monero. After you have entered the appropriate cores, restart the application. You’ll find out that the has increased.

This makes the entire mining process amazingly simple. Mining on the cloud means you can mine Monero from the comfort of your home without the need for technical computer hardware. So you don’t have to worry about cooling, cost of hardware, ventilation issues, and cost of generating electricity.

If you are thinking of mining on the cloud, you need to make sure the platform is reputable. You need to thoroughly research are the miner’s hashing algorithm, reputation, contract length, and algorithm. You can give GenesisMining and Nicehash.com a try; they have so far proven to be reputable.

How to create a wallet

Creating a wallet is simple; it can be created and used on platforms like ARM, Mac OS, Windows, Blockchain, and more. There are efforts in place to create a Monero Hardware Wallet. Another alternative is Lite Wallet.

Creating a wallet at MyMonero is easy; all you need to do is to visit the website. Once on the website, you will see the ‘Create an Account button. The procedures that follow are simple; after you are done, click the log-in button.

That’s all; you will have access to your new wallet and all its features, as well as a new monero wallet address.

How much Monero can be mined in a day?

Mining Monero is profitable without doubt; however, there are some factors you need to put into consideration. Many factors determine the overall profitability of Monero, and a good example is the hash rate. Other factors are the cost of mining and hardware power.

Despite all the up and down associated with mining, Monero turns out to be profitable because of its CryptoNight algorithm. After mining, you can sell your xmr on a cryptocurrency exchange.

What are the current Monero developments?

What makes xmr mining different from other platforms is that there are constant changes and development in the entire mining process; all these are to help miners earn money. There is always the latest version of mining software. This makes monero mining very easy. Cpu mining is a development that helps mining xmr fair. It doesn’t matter whether you are using Nvidia GPUs, intel xeon, GPU drivers, AMD GPUs, or just the regular CPU device mining; you can start miningirrespective of your processing power.

What are the minimum hardware requirements for the Monero wallet?

The wallet is just like your bank account. In this case, you need a 64-bit operating system and 4 GB RAM.

How can I get multiple addresses of Monero in the local node?

Monero also operates the Openalia. It applies a label to an address and makes sending money easy.

What is Monero’s algorithm?

Monero has an algorithm called CryptoNight which is classified as a memory-hard algorithm. This is designed to make mining difficult less for the miner.

Is ASIC mining compatible with Monero?

With the CryptoNight algorithm, you cannot mine Monero using ASIC. So, basically, Monero supported CPU miner over other types of mining. This helps all miners mine new coins equally. All they need is mining software or join a mining pool to start mining. Proof of Stake vs Proof of Work: What’s Better?