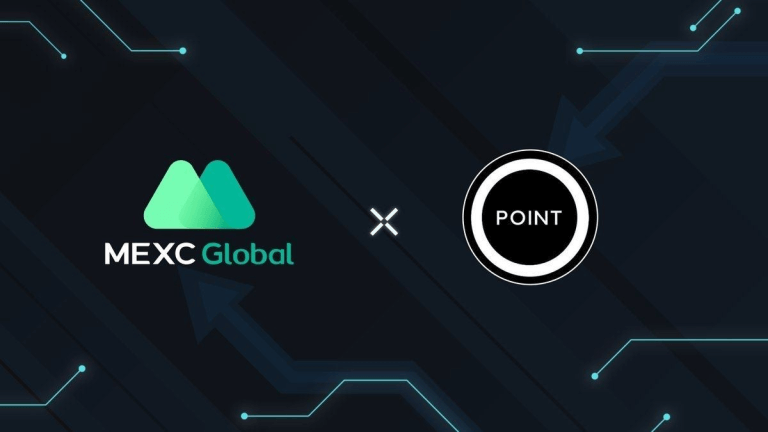 On September 5, the Web 3.0 infrastructure project Point Network (POINT) will be listed on the world-renowned cryptocurrency trading platform MEXC. The heading on the website is: “World’s First Full Web 3.0 Implementation”. What do they mean?

First, what is Web 3.0? At this time last year, a16z, Coinbase, and their counterparts had tried to define “Web 3.0”. The most popular streamlined definition is: “read+write+own,” which is relative to Web 2.0 and Web 1.0.

In 2014, Gavin Wood, the co-founder of Ethereum and founder of Polkadot, coined the term. In his own words, “Web3 is sort of an alternative vision of the web, where the services that we use are not hosted by a single service provider company, but rather they’re purely algorithmic things that are, in some sense, hosted by everybody… The idea being that all participants contribute a small slice of the ultimate service”

And the Point Labs’ definition is simple: “Web 3.0 is a decades-long dream of technologists about the next generation of the internet, designed to be without any central point of control on any level, and thus completely resistant to censorship and mass-surveillance. Bittorrent decentralized file sharing, Bitcoin decentralized money, and the real Web 3.0 is supposed to decentralized the rest of the internet.”

Unfortunately, Point Labs founders claim, people wishfully conflate the dream of Web3 with reality, as if it’s already here. Most of the “decentralized” applications are still relying on centralized infrastructure, such as domains, storage, SSL certificates, and so on. This has become obvious last month, from popular Ethereum gateway eth.link expiring, to curve.fi nameservers compromised, to the storm of news about Tornado Cash censorship by many dApps and projects that were supposed to be decentralized and uncensorable. In real Web 3.0, this could not have happened.

Point Network is a project designed for radical decentralization of every major component of the internet stack. It does not rely on centralized infrastructure, such as storage, domain names, etc, and instead uses decentralized alternatives for each layer: the .point domains are on Point Chain, the storage is on Arweave, and the native access is achieved by having their own web3 Point Browser, with Point Wallet integrated. On Point Network, developers can build decentralized identity solutions, decentralized social networking, and many other applications–the “Roadmap to Web3” vision scrolls many screens to the right.

According to the official information from Point Network, the backers of the project include Sino Global Capital, Arweave, FTX, Chorus Ventures,and Prycto, among others. POINT is a utility token, which is used for gas fees on this new network, but also can be applied to a variety of other web3 use casesFor example, it can be used to pay for native blockchain subscriptions to content creators, paid content on decentralized communities, as a micropayment for storage when uploading content, and so on.

Curious? Find out more about what they’re doing at pointnetwork.io

MEXC is the world’s leading cryptocurrency trading platform, providing one-stop cryptocurrency trading services for spot, ETF, futures, Staking, NFT Index, etc., and serving more than 7 million users worldwide. The core team has a solid background in traditional finance and has professional financial product logic and technical security guarantees in terms of cryptocurrency products and services. In October 2021, MEXC Global won the title of “Best Cryptocurrency Exchange in Asia.” Currently, it supports the trading of more than 1,400 cryptocurrencies and is the trading platform with the fastest launch speed for new projects and the most tradable categories. Visit the website and blog for more information, and follow MEXC Global and MEXC Research.