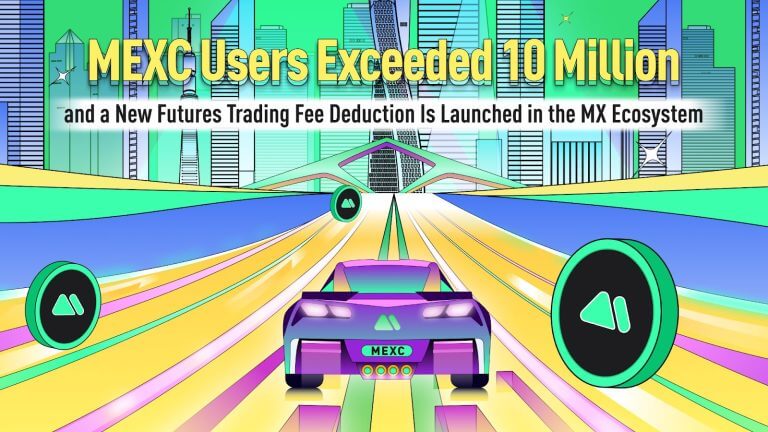 On Sept. 26, MEXC, the world’s leading cryptocurrency trading platform, announced that the number of platform users had surpassed 10 million. At the same time, MEXC also launched a new MX Token fee deduction scheme: Users can use the MX Token to deduct the fee for futures trading and can enjoy a 10% discount on spot trading. During the period from 10:00 on Sept. 26 to 10:00 on Oct. 2 (UTC+8), MEXC will also launch an event where futures traders can share a 20,000-Tether (USDT) bonus.

This is another core application scenario centered around the MX Token after the launch of the MX_USDT perpetual futures in July. So far, MX Token can be used to deduct the trading fee of spot, futures and other trades on the platform, and holders can also participate in various welfare activities such as Launchpad, MX DeFi, M-Day, Kickstarter and so on.

On Dec. 31, 2021, after 38 repurchases, MEXC permanently burned a total of 450 million MX Tokens. Meanwhile, according to the MX Token 2.0 proposal, after being voted by the MX Token community, 100 million MX Tokens have been transferred to the black hole address again and permanently burned (these tokens were held by MEXC Foundation Reserve). After the burn, the total supply dropped to 450 million, 100 million of which are circulating on the secondary market.

After repeated repurchases, burns and increasing application scenarios, the MX Token rose from a low of about 0.119 USDT to the peak of 3.7 USDT in the bull market from June 2020 to June 2022, with a maximum gain of 3,009%.

MEXC is the world’s leading cryptocurrency trading platform, providing one-stop cryptocurrency trading services for spot, exchange-traded funds, futures, staking, NFT Index, etc. ,and serving more than 10 million users worldwide. The core team has a solid background in traditional finance and has professional financial product logic and technical security guarantees in terms of cryptocurrency products and services. In October 2021, MEXC Global won the “Best Cryptocurrency Exchange in Asia.” Currently, it supports the trading of more than 1,400 cryptocurrencies and is the trading platform with the fastest launch speed for new projects and the most tradable categories. Visit the website and blog for more information, and follow MEXC Global and M-Ventures & Labs.