Interview with the Former CTO at Google: Position within Credits Blockchain Company 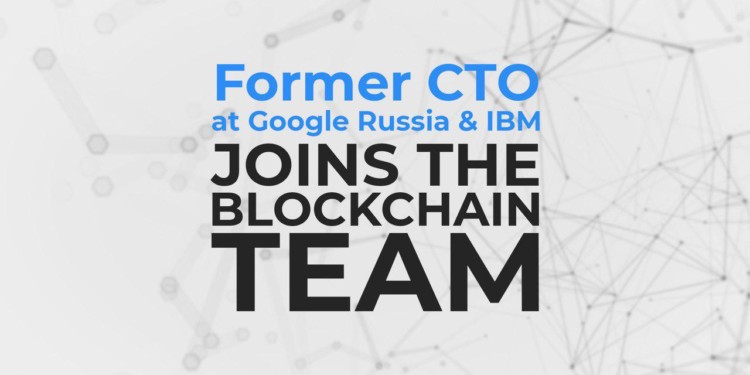 An important event in the blockchain industry was the previously announced replenishment in the ranks of Credits senior management. Jennifer Trelewicz, formerly Director of the Systems & Technology Laboratory at IBM, CTO of Google Russia, and Director of Risks & Market Data at Deutsche Bank, took over as the new Chief Business Officer.

The following interview reveals the details of Jennifer’s activities, her familiarity with the blockchain, and her further vision of the platform’s development prospects:

Could you tell us about an accomplishment that shaped your career?

During your tenure as CTO at Google, with which major projects have you collaborated?

This was a while ago, when Google search first became useful in Russian. Our team collaborated with the core search team in Mountain View, California, to build Russian morphology into the language model, which was critical to the platform’s performance in this market. We also spearheaded work with Google Maps to adjust to Eastern European specifics of maps and transport, including norms for address numbering, the role of public transport, and others. At the time, public transport was not viewed to be very important to Google maps, but could any resident of Moscow imagine giving directions to an address, even to a delivery person in a vehicle, without telling the name of the closest metro station? This is just one example of the difference in paradigm.

When did you familiarize yourself with blockchain technology and the Credits platform?

Do you think the entire market has matured to the understanding that business is dependent on information security?

Technology business seems to understand this aspect, but some of the sectors historically less associated with information technology seem to be just coming to this awareness, normally when a breach happens to them. Even “low-tech” businesses are dependent on information security, since even they likely store some amount of customer and supplier data on computers. Businesses that do not understand their dependence on information security are at risk of major problems. Compromised information systems can affect everything, from customers and their interests, internal control systems (budget, purchasing, planning), and eventually the reputation of the company. As well, laws in many geographical regions worldwide govern the handling of customer data, so problems can lead to fines or worse.

How do you assess the market development prospects?

I am very sanguine about the prospects, and I note that even Forbes has named 2019 as the “Year of Enterprise Blockchain”. Businesses are beginning to understand the value that the technology can bring to their systems, including integrating with legacy systems to enhance security and functionality. As well, achieving trust between counterparties in a world of global supply base, automated documents and payments, electronic engagements – all of this requires the technology that blockchain brings to the table.

In what areas do you think Credits could collaborate with IBM?

IBM is an excellent partner for complex solutions projects, and they have worldwide channel for enterprise clients. I see a lot of potential in being a technical partner to IBM in solution projects, providing components of the solution, based on Credits blockchain technology.

What do you value most about Credits technology and goals?

At the same time, I really value the priorities of the team, with a balance between clients, developers and integrators, and community and investors. This is the type of healthy approach that characterizes long-term successful businesses.

What is Credits doing well, and where is there an opportunity to grow?

What do you hope to accomplish within the next year in Credits?

The vision of many business leaders is based primarily on an understanding of the need to use technology as a tool for establishing reliable and honest relationships between people and companies. In this connection, the expansion of cooperation under the new system of transparency and security is a key direction in the development of blockchain projects.

Credits is an open-source and fully decentralized blockchain software platform operating based on the PoA (Proof of Agreement) algorithm. The platform offers network capacities of up to 1 million transactions per second with transaction processing times at 0.1 seconds, and low fees starting from 0.001 USD per transaction.