How to Spot a Dying Project – Auditchain Case Study 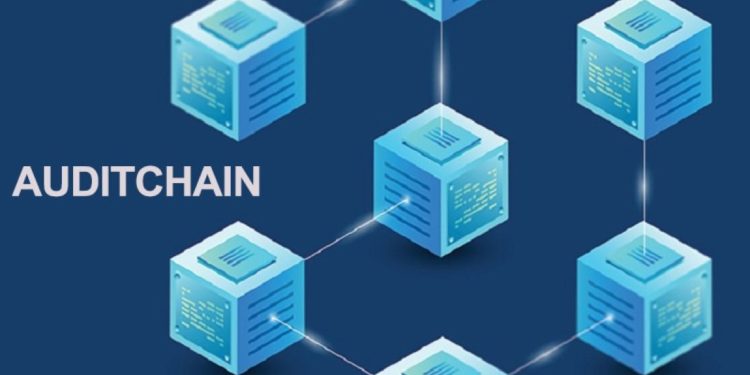 I’m always looking for exciting projects that will make me wonder if there are limits to what a human mind can do. And sometimes, I come across projects that prove that the human mind is highly creative when it comes to wealth.

The year 2017 has seen many “creative minds” in the blockchain industry. It was an exciting time for honest startups, but the statistics show that 80% of ICOs in 2017 were scams. That’s actually when I got interested with Auditchain project. And here I am, once again, reviewing the Auditchain and its’ risky ratings .

We even got a chance to speak with Jason Meyers, Founder of Auditchain. In his interview with cryptopolitan, he claims that there is no debt ($600k debt) and that the project will continue working as planned, approaching Q2 and releasing two products.

But I have worked as a marketing advisor for Auditchain, and know for a fact that Jason was unable to meet the agreement with his team members and the investors.

As we speak about the team

Besides knowing about the debt, I had other suspicions to refuse the offer from Jason, to become a CMO. I was a marketing advisor, and after some time of working under Jason’s despotic leadership, I realized that it should stay like that. 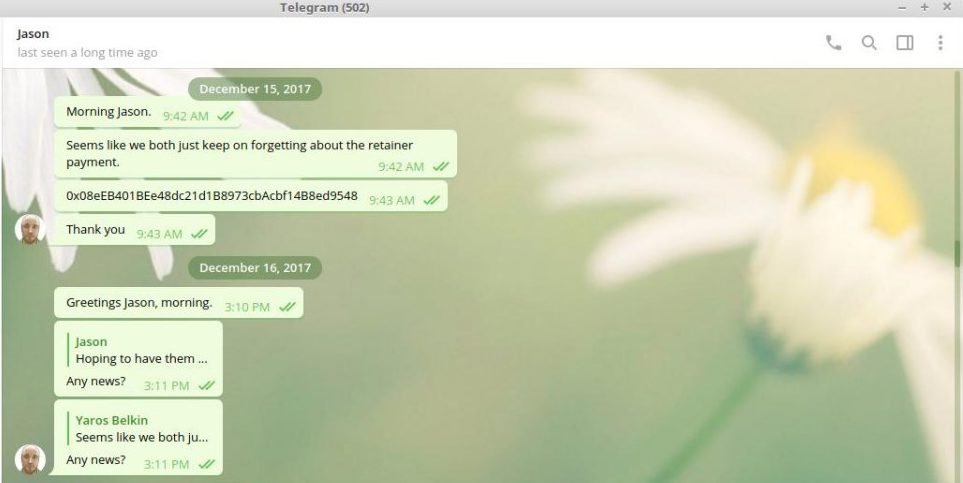 I guess this is how I can showcase where the issues started. 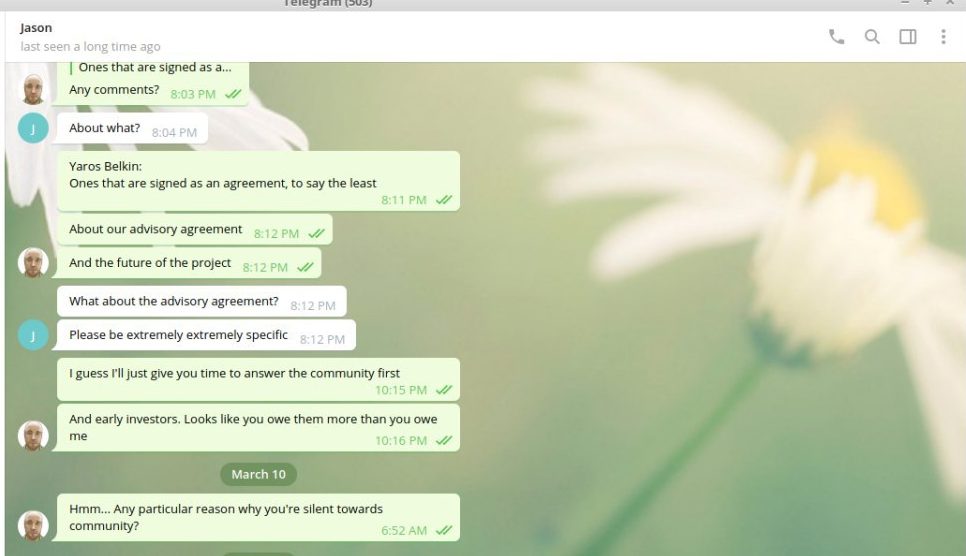 You see how Jason manages difficult questions and comments.

But enough about leadership and management strategies, let’s talk about the audience’s interests. If I were to invest in a project, I’d research the team members to know where my funds are going and what kind of professionals are working on a project.

If you observe Auditchain team enough, you’ll notice the fact that the team members are unable to conduct regular team meetups because of the distance. Yes, they are freelancing (in a way) and working remotely on the project. That’s why observing their team member flow was like watching a Matrix movie. Furthermore, not a single team member in the current iteration is a resident of Switzerland, a country where by the legal jurisdiction they raise the money for Auditchain. It seems like they chose Switzerland for the handiness of their jurisdiction and convenience for blockchain startups.

And the whitepaper too

The whitepaper consists of numerous neologisms. We weren’t able to find the definition of these phrases:

Needless to say that they don’t define this terminology in their whitepaper, but I also couldn’t find them in general and specialized accounting and audit literature (not even mentioning the internet research).

After finding these and other mistakes in their whitepaper, I realized that they hadn’t done inputs of peer review. Since the startup is looking to make audit, accounting and financial reporting more efficient, it is somewhat surprising that it does not have a forward penned by the audit firm, detailed endorsement or, at least, a peer review commentary which is a time-proven technique to ensure that “sanity checks” have been made by the community.

“Sanity check” is a colloquialism often used in the financial world, meaning that a sensitive or complicated area of accounting or financial modelling has been independently reviewed to ensure that the results of the calculation are within the boundaries of reasonableness, without the reviewer delving into excessive details.

Before we dive into Auditchain product, let’s take a glance into some of the fundamental financial reporting, transparency and accuracy issues that this startup is trying to solve.

Company’s financial statements represent an elegant mathematical model, in which a universe of transactions is aggregated in a way to allow communication of comprehensible economic outcomes, which include quantifiable and relatively precise results for the accounting period, also known as profit or loss. Financial statements also show the composition of the assets and liabilities of the Company. All Companies inevitably need to use approximations and estimates in order to present financial statements shortly after the accounting period ends, so that they could be used for management or investment decisions. These approximations also include certain instances of human judgment.

Auditchain on its website has presented a video demonstrating four elements of the financial statements:

This video illustrates that financial records in one database match and reconcile another database.

Furthermore, there is a demonstration of the revolutionary concept that independent audit companies audit every transaction. This approach conveniently omits the fundamental tenet, which is clearly spelt out in audit standards: audit companies audit financial statements as a whole, which means that immaterial errors or omissions can be disregarded as long as the cumulative effect of these approximations is below materiality threshold.

Currently, product demo shows green, yellow and red blockchain blocks associated with individual transactions which, when added together, will produce financial statements for the period. However, if the accountant makes an error, that error could be very significant and very material. In practical terms, it means that financial statements cannot be considered accurate if a single non-green transaction or block exists.

There could be one transaction which may contain one single error that will materially mistake entire set of financial statements and will, effectively, invalidate all blocks earlier marked as “green” or audited.

When the information is encrypted on the blockchain, a company cannot go back and adjust their transaction retroactively. If Auditchain protocol would offer such possibility of retraction or adjustment, then, consequently, financial statements could not be considered as continuously audited. It is a catch 22, which is not addressed in any practical way.

If my guess is right, to address this aspect a new and esoteric concepts will be made up to explain this phenomena.

Talking about accounting problems can last forever. Let’s deliver a few examples to showcase how this can take an “interesting” turn for Auditchain users.

In the United States corporate income tax rate, which used to be tiered and depended on the size of the income, has been reduced to a flat 21% rate after the passage of the Tax Cuts and Jobs Act on December 20, 2017.

We can argue that for every transaction, 21% of Federal Income tax could be set aside to accumulate income tax payables and smart contracts can be prepared to accomplish this task. However, very often business entities do not have the luxury of knowing the exact percentage of taxation at the end of the year because very often there are other taxes (such as state taxes) that have tiers, or there are other transactions that impact profitability, and adequate income tax rate can only be calculated when actual amounts are known.

For example, in New York state, there is a fixed dollar minimum tax. Since no entity can predict the precise amount of revenues for the year, they would need to calculate the estimated expected tax rate to be used. Estimated, or approximate, tax rate would mean that tax expenses in the specific transaction would be not accurate, subject to year-end true-ups and corrections. However, the whitepaper claims that the product will be able to produce audited financial statements for every financial transaction.

Still not quite catching up on it? Here’s another example.

Let’s say that the entity has chosen to acquire machinery in the last quarter of the year. Current US Tax code allows accelerated depreciation, which means immediate effective annual income tax rate reduction for the year. What that means is that if earlier blocks have used estimated income tax rate, the year-end capital acquisition will render all earlier Auditchain transactions incorrect due to incorrect income tax rate applied earlier. There is no attempt to clarify that in the Auditchain whitepaper.

Further, accounting is a major business function in the corporate America (and throughout the World). Myriads of bright minds are constantly looking for opportunities to simplify, as even the minor simplification would save hundreds of millions of expenses throughout all the industries. Whitepaper does not have a single example of credible or specific innovation which is capable of resolving at least single business or process issue.

What about legal and logistical issues?

There’s plenty of such issues, and here’s what I’ve noticed about Auditchain.

Currently, the auditor-client relationship is considered exclusive, which means that when one auditor provides opinion on financial statements, other auditor does not ordinarily judge the results of the judgment of the first auditor. As such, the auditor has exclusivity to provide one opinion about financial statements; it is also within auditor’s powers to retract issued opinion if new facts or circumstances (that render financial statements incorrect) become known.

The Auditchain demo version has an example in which individual transactions are “certified” by different auditors. Such a scenario is currently a wishful thinking and not possible even theoretically as existing four large companies have thorough procedures before relying on the work of other audit companies. Furthermore, to conclude, the scenario where every block is audited by different audit company that are not related to each other is moving the conversation to unchartered futuristic dimensions.

Finally, I can provide a non-audit example of this case.

By observing the concept found on Auditchain website, it can be seen that the Company conceptualizes blocks certified by major audit companies, thus giving credibility to the financial information.

Imagine a 2019 model car that has been assembled from 20% Toyota parts, 20% Mercedes, 23% Honda parts, 20% Fiat parts, 15% Tesla parts and remaining 2% is supplied from custom made exotic car manufacturer.

There are multiple issues with this approach:

Moreover, it is widely known that financial leadership has a significant interest in having financial statements prepared as soon as possible. Most of the modern accounting software already have dashboards that allow tracking of individual balances in real time. Examples include gross sales, cash in bank balances, accounts payable balances, and in that particular aspect, AuditChain dashboard is offering zero innovation.

Consensus based assurance of numerical values is both exciting and revolutionary innovation. It is based off simplified uniform values and transactions and have practical utility to supply chain, investment, asset management and other industries as a supporting decentralized tool. Accounting requires demonstration of judgment and the whitepaper, nor founders comments, nor Auditchain website have described or demonstrated a single innovation which addresses true technical challenges.

The complete investigation of the project will float other issues to the surface. Accounting, supply chain, recordkeeping will benefit from decentralization, however Auditchain does not address basic issues in a way that could be understood by the audience.

From what I see and what I’ve experienced, the Auditchain project doesn’t value the team members nor the audience.

It’s never too much to be cautious about who you will be working with. And it’s always a smart idea to double-check the project you want to invest in.